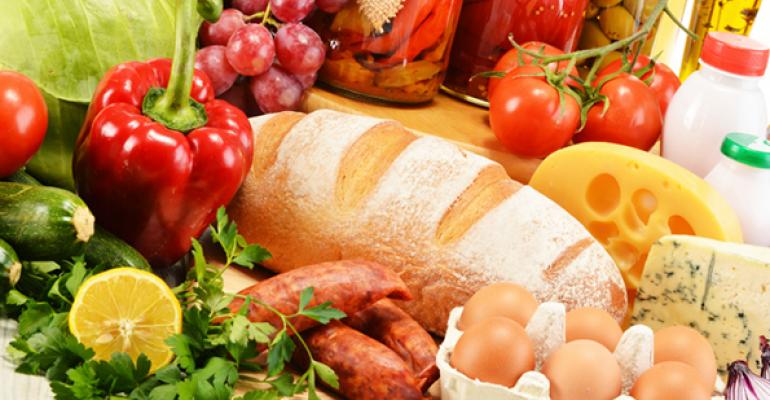 Consumer expectations of food have been in a state of flux driven in large part by dramatic demographic shifts. The huge baby boomer cohort is being supplanted by the massive Millennial generation, and both groups are forcing a reconsideration of issues relating to health and diet. Boomers seek to maintain youthfulness and vigor as they age, and Millennials seek to do the ethical thing for their bodies and the planet. The net result is a steadily growing demand for so-called real foods, a term that is difficult to define and not governed by any formal standards of identity. Real foods do have certain hallmarks in common: They’re typically perceived as fresh, seasonal and less processed. Beyond that, their definition is fluid and evolving, and they afford operators a number of opportunities to address patron demand.

Real foods are clean. A growing focal point of customer concern is food treated with antibiotics or hormones or containing artificial ingredients, and many operators are moving to allay their guests’ fears. Early in 2014, Chick-fil-A announced a five-year phase-out of all poultry raised with antibiotics. While Panera Bread has been serving antibiotic-free chicken for a decade, the chain recently declared that it would remove all artificial additives and preservatives from its menu by the end of 2016. Last December, Starbucks leapt into the fray by asking suppliers to halt the use of artificial growth hormones. Quick-service hamburger chains, often a lightning rod for criticism, have also jumped on board. Carl’s Jr. grabbed headlines by introducing the All-Natural Burger made from grass-fed, free-range beef that has been raised without added hormones, antibiotics or steroids. The burger, which carries a premium price tag and scored extremely well in test markets, is being considered for sister brand Hardee’s.

Real foods are classics. Concerns regarding the health consequences of trans fats, which are in hydrogenated vegetable oils used in many processed foods, led the Food and Drug Administration to outlaw their use and led restaurateurs to search for alternatives. Beneficiaries include animal fats in general and butter in particular, which has seen consumption jump to a 40-year high as consumers demand wholesome foods with easy-to-understand ingredient lists. Of course, many chefs and bakers never turned away from the product, but others are moving to capitalize on its resurgence. Jack in the Box, for example, introduced the Classic Buttery Jack, in which the beef patty is topped with melted garlic-herb butter, a treatment typically reserved for steaks; and Epic Burger, a Chicago-based better-burger competitor, promotes non-processed, all-natural food and touts its buttered buns.

Like butter, lard never truly lost its luster as a cooking agent of choice in professional kitchens and bakeries, despite being shunned by fat-phobic consumers. Also like butter, it’s undergoing a revival. Chicago’s Bang Bang Pie & Biscuits proclaims that it “proudly uses leaf lard,” the milder fat found along the pork loin. Nearby Honey Butter Fried Chicken has generated publicity with Schmaltz Smashed Potatoes, using chicken fat left over from the whole Amish chickens butchered there, and in Los Angeles, Top Round Roast Beef, a roast-beef sandwich specialist, cooks its hand-cut fries in 100 percent beef fat.

Real foods are beneficial. Greek yogurt, with its amped-up protein content, has taken grocery dairy cases by storm, and protein-rich quinoa has swept menus. Riding on the wave of these better-for-you powerhouses, broth has broken out all over. Prized for its restorative properties, broth has become the “it” beverage at independents like Brodo in New York City and Red Apron Butchery in Washington, D.C., which offer it as a convenient, nutritious pick-me-up. Sibling chains Sweet Tomatoes and Souplantation featured Asian Ginger Broth as a January special, and Panera Bread has launched a line of Broth Bowls that includes a Lentil Quinoa Bowl with Cage-Free Egg.

Looking ahead, the concept of real food will continue to gain currency as an umbrella term encompassing a broad range of product promises, including sustainably grown, organic and farm to table, as well as fresh or freshly made local and seasonal foods. Understanding their patrons’ expectations of real food will enable operators to successfully address the trend.