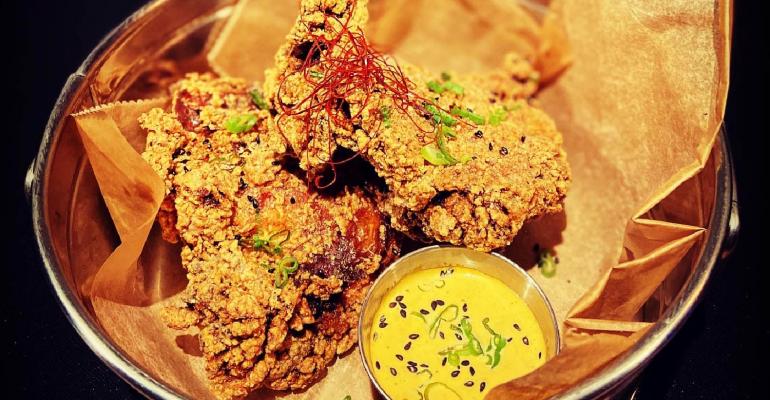 As the supply chain strains, restaurant operators are looking to new approaches to chicken

Comforting, familiar and an ideal delivery category, chicken wings and fried chicken sandwiches gave operators serving them a big boost during the pandemic. Then, earlier this year, the chicken supply chain got mucked up, and wings and breast prices started going through the coop, due to the unlikely convergence of labor shortages, logistical challenges, surging demand and extreme weather.

Yet many restaurant operators haven’t let these chicken challenges ruffle their feathers. Instead, they’ve accepted it as an invitation to innovate — leaning into lesser-known cuts of poultry, going boneless, launching virtual fried chicken brands and more.

As a way to offset chicken wing challenges, a number of major chains have introduced new virtual fried chicken concepts. Most notably, in June, 1,600-unit Wingstop launched Thighstop, a new brand selling crispy chicken thighs. The concept uses the existing Wingstop locations to prepare the thighs, but the menu is only available online.

Similarly, in response to the chicken shortage, Aventura, Fla.–based Smokey Bones launched The Wing Experience, a virtual brand built around bone-in, whole wings offered in 50 flavors. The jumbo wings — which consist of the drumstick, flat and wingtip — are available in traditional style or smokes with the same selection of sauces and rubs already on the Smokey Bones menu ($14.99 for four; $22.99 for eight).

“We built The Wing Experience around the jumbo wings, added the 50 flavors,” said James O’Reilly, CEO. “They are still very familiar, more familiar to guests than [thighs] … they are more readily available than traditional wings.”

When prices on wings began to soar, Chef Chad Rosenthal knew that substituting any other chicken part for his signature herb-brined and smoked chicken wings wouldn’t fly. At first Rosenthal took wings off the menu at his Philadelphia-based The Lucky Well BBQ restaurants.

“We cook wings different — brine, season, smoke them for 24 hours,” said Rosenthal. “It didn’t make sense. Unless you want to buy a smoked chicken wing for $10.”

Later, Rosenthal began frying whole chickens, which he said really took off. But the full birds also took up an entire fryer. He then made a fried chicken sandwich and sold it as a virtual pop-up out of The Lucky Well locations. The sandwich was such a hit he launched Motel Fried Chicken, a virtual brand for which he is now exploring franchising options.

These days, the signature smoked chicken wings are back on The Lucky Well menu, and Rosenthal is looking at other chicken products to add to both concepts.

“Price is still an issue —we tried other suppliers [but] it’s everywhere,” Rosenthal said. “I still think chicken is king. Everyone loves chicken.” 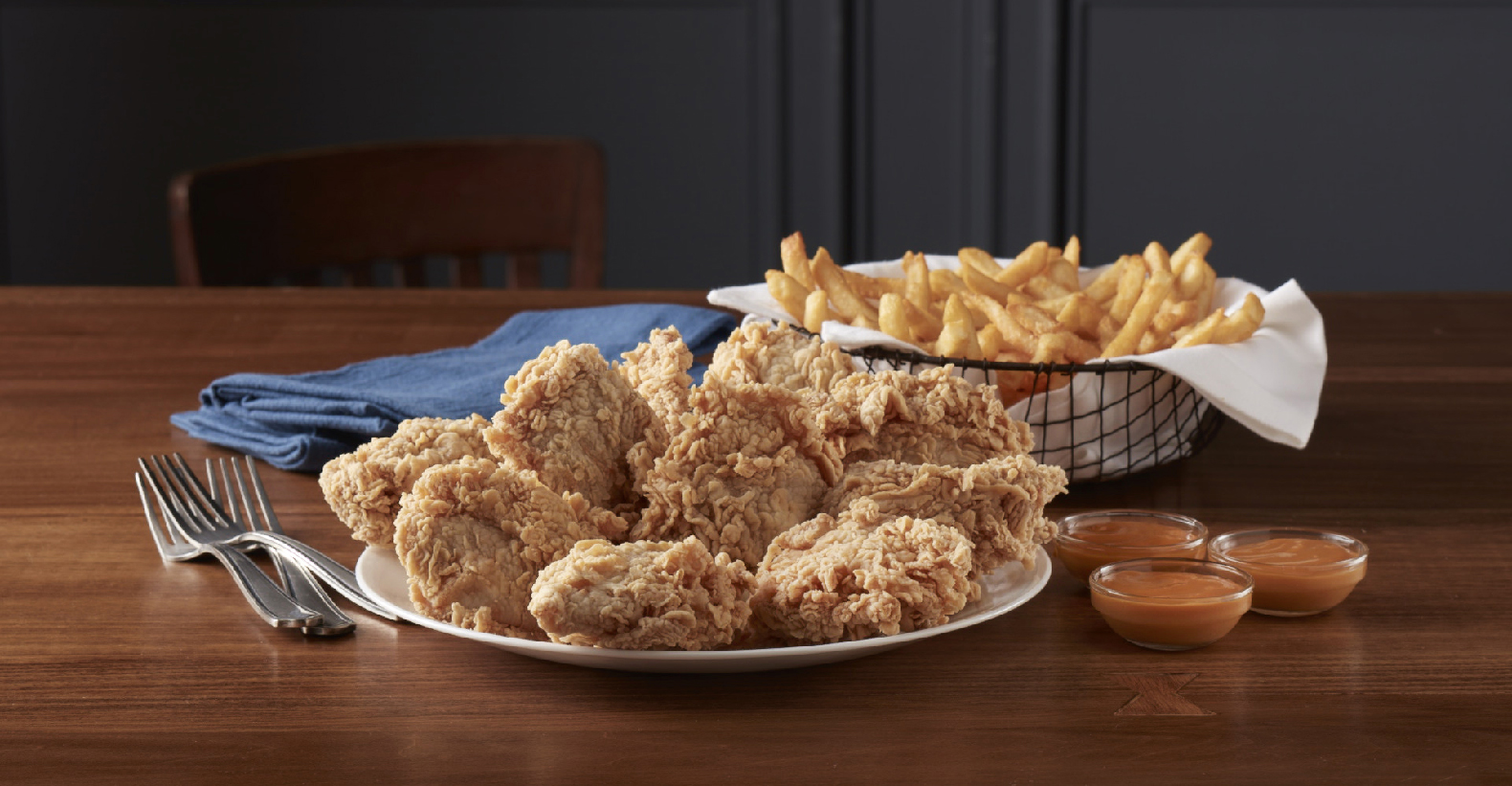 Golden Chick’s Thighs and Fries combo meal is a limited-time offer, one of several new products introduced over the last nine months.

“We went down the road to boneless thighs about six months ago when we looked at the environment and where it was taking us,” said Jim Stevens, president of Golden Chick. “We’re creating some flexibility to where we might need to go with the menu.”

Over the last nine months Golden Chick has introduced a number of other new products, including two new fried chicken sandwiches, and is exploring plant-based products.

“We rolled out the chicken sandwich last year; that’s put us in a better position this year,” said Stevens. “We haven’t come to market with a boneless wing. That’s something we’re exploring.”

Even emerging chains, such as Wing It On!, a nine-unit New England–based fresh-never-frozen concept, turned to a limited-thigh offer.

“We dug in on the R&D, looked for new products that would be a hit,” said Matt Ensero, Wing It On! CEO and founder.

The chain’s new crispy thigh wings, a bone-in chicken thigh trimmed to look like a wing and drumstick and prepared just like the chain’s classic wings, were launched in February as a limited-time offer. The crispy thigh wings have been so popular that they are now a permanent menu item available in three sizes (4, 8 and 16 counts)

Other chicken innovations Wing It On! is exploring include Nugs, which are fried chicken nuggets made from the trimmed chicken-breast meat that are now being tested. 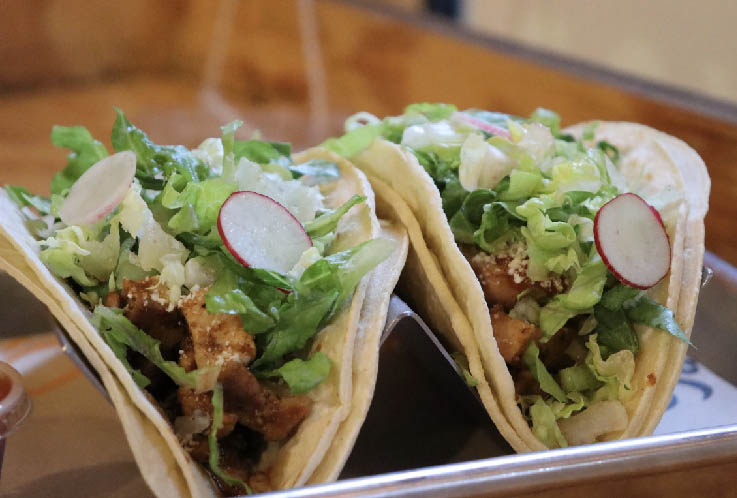 Thighs have been a hit with customers at DDT, a wrestling-themed neighborhood bar and restaurant in Brooklyn’s Park Slope neighborhood since it opened 10 days after the COVID-19 shutdown.

“We wanted to a product with a high profit margin that people could feel good about,” said Randy Tyson, DDT chef and co-owner with his wife, Suzanne Tyson. “And so the chicken thigh was launched at opening.”

For his version of thigh wings, Tyson brines boneless, skinless thighs in a buttermilk marinade for 24 hours, dredges them in a “secret” recipe, then fries and serves with a smoky mayonnaise made with an ingredient of “Asian origin” ($10 for five pieces).

“As long as I can still get them, I’ll sell them,” said Tyson. “I haven’t raised the price [because] it’s a bar — we want people to drink.”

Carolyn Nguyen has long been devoted to chicken thighs. The chef and owner of Revolution Taco in Philadelphia uses them exclusively for her Chicken Tinga Tacos, made with cotija, radish, salsa verde and lettuce ($7.50).

“I lean toward the flavors of thighs more,” said Nguyen. “We do have issues with supply chain challenges and are now paying higher prices. We may have to raise our prices to account for it at some point.”

Despite the success many brands are having with fried chicken thighs and other alternative cuts, none is without its challenges.

“The biggest problem in the states is it’s one of the only places people don’t prefer dark meat,” said Wing It On!’s Ensero. “We think it’s going to be a slow adoption.”

That said, having national chains put their marketing muscle behind chicken thighs has given a boost to Wing It On! and others.

“In the three weeks since Wingstop launched Thighstop, our sales on thigh wings are up 40 percent,” he said.

Additionally, while many operators are confident that chicken supply chain challenges will loosen up soon, others say thigh supply and prices may shift as even more national chains get in the game.

“There’s pressure right now on the bone-in chicken wing product, but I see that scaling back as a lot of people are going back to work and the labor market is loosening,” said Golden Chick’s Stevens. “Depending on how the thigh product is received nationally, it will probably put some pressure on that product.”

Still, many are very optimistic about the future of thighs, wings and virtual chicken.

“The Wing Experience virtual [brand] has been material to our performance as a company,” said Smokey Bones’ O’Reilly. “We’re bullish about its potential in the market.”