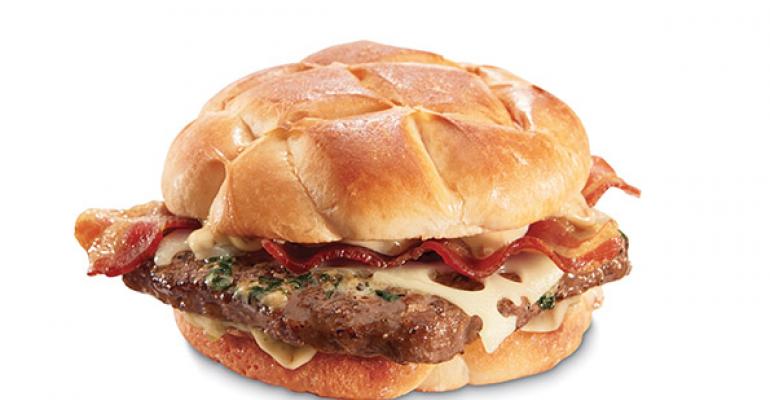 The ingredient’s comeback aligns with consumer and menu trends

Butter is emerging as one of the clear winners in the food wars, the beneficiary of a major reconsideration of the role and importance of fats in the American diet. It has been on the comeback trail for some time, with the American Butter Institute reporting that consumption has risen 25 percent over the past decade and hit a 40-year high of nearly six pounds per capita. Powerful drivers have aligned to support this growth, notably the removal of artificial trans fats from the marketplace and their subsequent banning by the Food and Drug Administration. At the same time, consumer demand for real foods and their embrace of products with fewer, simpler ingredients has led to their rediscovery of butter. Of course, many foodservice operators never stopped using the stuff, viewing butter’s flavor and performance characteristics as irreplaceable. Now, however, butter has moved into the spotlight and reasserted its critical role in both the sweet and savory kitchens.

is easy to execute and one of the most reliable tricks of the culinary trade. At its simplest, it is merely the mixture of butter with herbs or spices, while at its best, it’s an unexpected combination that breathes new life into basic dishes. Restaurants of all types have jumped on the compound butter bandwagon, as with Jack in the Box’s blockbuster Classic Buttery Jack Burger that boasted the garlic-herb butter traditionally found atop steaks. Positive patron reception has led to line extensions like the Bacon & Swiss Buttery Jack and the promise of more to come.

Some operators push the envelope with more upscale or unexpected additions, like the truffle butter that accompanies the Swordfish & Pumpkin Ravioli at Bonefish Grill, or Gordon Biersch’s Gorgonzola Ribeye Steak with Gorgonzola butter. Nashville, Tenn.’s acclaimed Rolf & Daughters serves seaweed butter to smear on sourdough bread, and Stomping Ground in Washington, D.C., provides sorghum butter with its biscuits. Adventurous chefs have gone farther still by combining butter with meat, such as the lamb-liver butter at Publico in St. Louis. Better-burger specialist Slater’s 50/50 introduced customers to the joys of offal with the bone marrow-pistachio butter that topped a premium burger, and in the same vein, casual-dining operator Eureka! put bone marrow-porcini butter atop a burger. In a variation on this theme, Spero in Charleston, S.C., whips up a creative and customer friendly ham-and-mustard butter to accompany the pretzel bread.

Brown butter, which is nothing more than butter heated until its milk solids turn brown, is prized by chefs for the rich nuttiness it adds to dishes, especially desserts like the Brown Butter Tart du Jour that’s a fixture at Bistro VG in Atlanta, or brown butter gelato paired with Banana Bread Pudding at nearby Foundation Social Eatery. Jeni’s Splendid Ice Cream Scoop Shops concocts the Gooey Butter Sundae with brown butter-almond brittle ice cream.

Butterscotch, which combines brown sugar with butter, is a perennial favorite in pastries and confections, and some operators are updating the standard with trendy touches like the Southern-inflected Bacon-Butterscotch Cake with bourbon ice cream offered at Yardbird in Las Vegas. The Coffee Bean & Tea Leaf launched an autumn promotion that married sweetness and salt in a Salted Butterscotch Latte, while Gigi’s Cupcakes celebrated fall with Butterscotch Cheesecake Cupcakes sprinkled with butterscotch chips and a drizzle of caramel.

Looking ahead, butter usage on menus is likely to increase. McDonald’s said in September that it was switching to “real butter” on its Egg McMuffins as part of the rollout of all-day breakfast, a move that led to double-digit sales increases for the venerable breakfast classic. While chain operators will become more aggressive in promoting their use of the basic product, edgy independents will continue to experiment with butter as a flavor base, like the smoked butter at Heyday in Minneapolis. And in Boston, chef Tse Wei Lim makes coffee butter by combining whole coffee beans with butter and cooking them sous vide. After straining out the beans, the intensely flavored butter is used to glaze vegetables and enrich sauces.