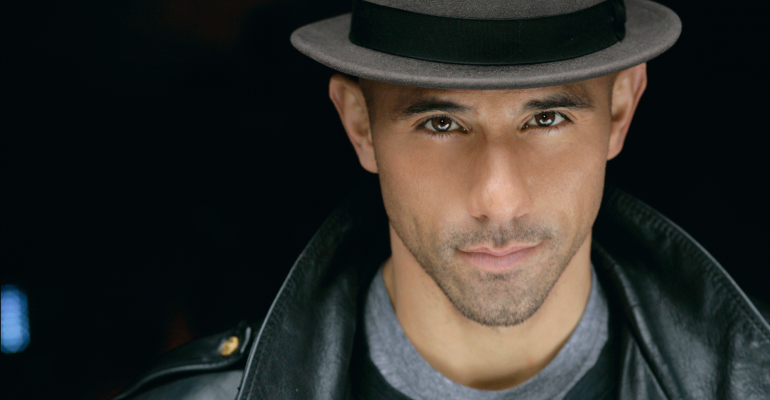 Billy Dec has long balanced his job as a restaurateur with his work as a media personality. Now he’s expanding both with the opening of two new venues and a food-related podcast.

Inspired by the Federico Fellini film “8 ½,” or “otto e mezzo” in Italian, the bar is located in a space that is grandfathered in with a liquor license, allowing it stay open until 4 a.m. during the week and until 5 a.m. on Saturdays.

“It’s this really intimate, cool, elevated cocktails experience that the industry has been enjoying after their shifts,” Dec said.

The spot opened on April 30, the day before the James Beard awards honoring chefs and restaurateurs, and thus underscoring the spot’s industry connection.

The bar is headed up by Brandon Phillips, who has been with Rockit Ranch Productions since 2014. It has a robust selection of amari — the popular, bitter Italian liqueurs — as well as a bar menu featuring antipasti, panini, a daily pasta and gelato.

Dec has also teamed up with Nashville, Tenn.-based Fresh Hospitality to open a new location of Sunda in that city. “That’s my first effort to go national,” Dec said. “It’s the best city to launch in for a number of reasons: It’s exploding, obviously, on its own, and we have partners in Fresh Hospitality, which has about 150 locations throughout the Southeast.”

Among those locations is the 37-unit barbecue chain Jim ’n Nick’s, as well as a location of Cochon Butcher, a butcher shop, sandwich counter and wine bar by New Orleans celebrity chef Donald Link.

Dec said he has become close with the Fresh Hospitality group.

“They’ve shown a great interest in our marketing, PR, social media and branding point of view, and I’m really interested in their operations,” he added. “So it’s not just a regular expansion, but a move to collaborate and leverage each other’s strengths.”

Executive chef and partner Michael Morales, general manager Choon Lai and director of operations Brett Shane are all moving to Nashville for the opening of the restaurant, slated for this fall, he said. The new spot will have a U-shaped, larger bar than its eight-year-old Chicago sibling concept, “which I think is the national way that bars have reacted to demand,” Dec said.

“We also had to make sure that we had the ability to lay out the dining room such that we could accommodate larger parties, which seems to be a thing in Nashville, not just for conventions and concerts, but also it becoming the No. 1 bachelorette party destination in the world.”

Sunda in Chicago already periodically hosts kamayan feasts, or whole pig roasts, and Dec expects there to be more demand for whole-hog meals in Nashville, which has a strong barbecue culture.

“My mom’s from the Philippines and I grew up with whole hogs, and I’m glad to be going to a place that’s familiar with it,” he said.

On the media side, Dec is launching a new serial podcast called “The Meal of Your Life,” in which he discusses memorable meals with a variety of people, from celebrities to astronauts to teachers.

“Everyone’s on this eternal search for the meal of their life, and as a restaurateur you’re always on a search to deliver the meal of your life,” he said.

“I think everyone has had a life-changing dining experience,” said Dec, noting that often the experience had nothing to do with the food. “In fact, they can’t even remember what they ate. … It makes you grateful and respectful of what’s not on their plate.”

The audio podcast differs from his morning talk show appearances and acting gigs, he said.

“This is a straight, uninhibited conversation, not worrying about visuals and presentations,” Dec said. “It’s just what a meal is: Awesome feelings flow much more generously. It’s been really interesting. There were times when I just shut up and was in awe, and let them talk.”

The podcast’s website, themealofyourlife.com, is slated to go live on Friday, with the first podcasts posted on Monday, followed by a new one every Tuesday. Dec will conduct interviews for the podcast at the National Restaurant Association’s booth at the organization’s industry conference in Chicago, which begins on Saturday.

Dec is the master of ceremonies at the annual invitation-only MenuMasters awards celebration, presented by Nation’s Restaurant News and sponsored by Ventura Foods, at the Drake Hotel on Saturday.