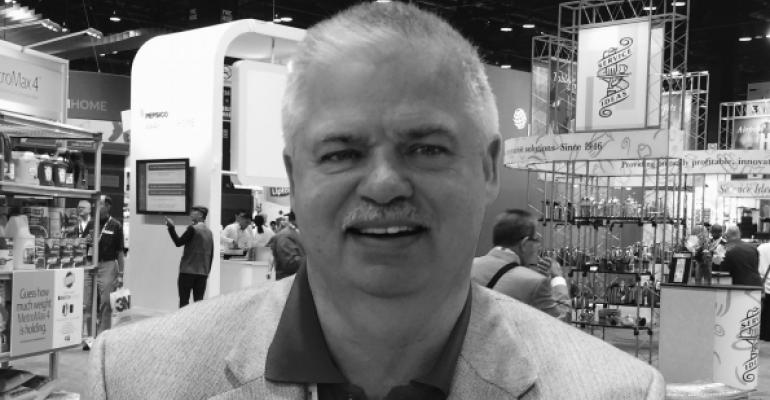 Uhl paused in his search to discuss restaurant remodeling and beer trends with Nation’s Restaurant News.

What are you working on these days?

We’ve got a lot of old, 1990s-looking locations that need a facelift. As you know, a lot of chains are going through that right now, and everywhere we [remodel] we see tremendous results.

Sales go up immediately, and consumer feedback. We had a company location that had pretty bad scores for food quality, employee attitude — a bunch of different things. We went through a major remodel on it and every [score] improved. Nothing changed: The food didn’t get any better, it was the same people. But the lighting was nicer, the floors were nicer, the seating was nicer, the tables were nicer. We put bigger TVs in.

It was a great lesson, and we see it over and over again. It was good that we were able to do it with our own company unit.

That must make it easier to sell remodeling to franchisees.

What are you looking for at the NRA Show?

We have 60 to 80 beer taps at The Brass Tap, and we’re changing the beers all the time. That gives us two challenges: one is that we want to know how much beer is left in a keg. There’s a product we have that sits on the side of the keg and uses leverage and gives us an approximate weight, and we’ve used flow meters and other systems, but none of them are giving us a real accurate picture of what’s left in that keg.

Another problem is that obviously you’re going to change a bunch of beers out in the middle of a Friday night or Saturday when you’re slammed, and if I change the beer from a Rogue Dead Guy to a Stone Double Bastard, I’ve got to change it on the [point-of-sale] system. In the heat of the battle, that doesn’t always happen, so I’ve got garbage data.

And sometimes, even when you change things, it doesn’t register correctly, by no fault of the manager — he changed it, but it didn’t update. Sometimes it’s a POS situation because the POS has to go through a refresh.

And you certainly don’t want to say to your customers, “Hang on for a few minutes while our POS refreshes.”

But you have to, and that’s the problem. So we’re talking to a couple of POS companies that work a little differently, which I think will help that tremendously.

Are most of your customers interested in craft beer?

At Brass Tap, yes. There, our customers are mostly Millennials, but in Beef’s we’re mostly Boomer-based.

Correct, but we’re also seeing the Boomers getting into [craft beer]. It’s hard to get people to change if they’ve drunk Bud Light their whole life, but once they taste some of the craft beers, a lot of them love it.

Obviously, you use different local beers in different restaurants, but have you seen much of a regional difference in taste preferences for beers?

The big beer still, nationally, is IPAs. Sours are gaining some ground, but they’re not there. I think it’s a different acquired taste. It used to be that people couldn’t drink IPAs, and now they crave them.

Yes. We have nine company locations, and we put 18 taps in a couple of the locations that had six handles before, and the managers said, “Our customers don’t like all those fancy beers.’” And we said, “You’re right. Your customers don’t. We’re trying to get new customers.” And what we found is that if you put those beers in, you start bringing in a new [type of] customer, and beer sales almost doubled. That was truly incremental increases.