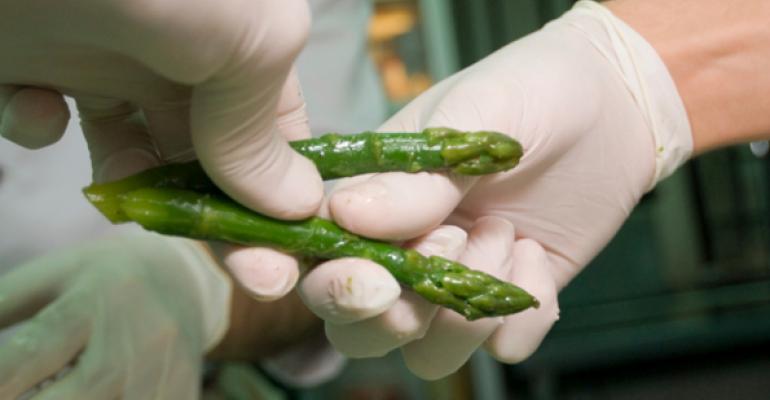 Measures could impact the quality of food supplied to restaurants

The rules, which the Washington-based FDA promulgated as part of the Food Safety Modernization Act, or FSMA, signed into law by President Obama in 2011, appear to have no direct impact on restaurant-level foodservice operations, as they target food manufacturers and produce growers and harvesters.

But the measures, which will be subject to public comment for 120 days before being finalized, have the attention of restaurateurs, as they will impact the quality of the overall food supply, thereby reducing their potential liability.

“For the foodservice industry, there is no greater priority than food safety and our customers’ well-being. The National Restaurant Association strongly supports the Food Safety Modernization Act and believes these changes should provide for safer imported and domestically produced foods,” said Joan McGlockton, NRA vice president for industry affairs and food policy.

FDA officials said new rules build on strides made during the Obama administration, such as the first egg safety rule protecting consumers from Salmonella and stepped-up testing for E. coli in beef, as well as existing voluntary industry guidelines for food safety.

The first rule proposed Friday would require makers of food to be sold in the United States, whether produced at a foreign- or domestic-based facility, to develop a formal plan for preventing their food products from causing foodborne illness, not unlike the Hazard Analysis Critical Control Points, or HACCP, program now followed by the meat and seafood industries, said Michael Taylor, FDA deputy commissioner for foods and veterinary medicine. The rule would also require manufacturers to have plans for correcting any problems that arise.

“The FDA Food Safety Modernization Act is a common-sense law that shifts the food safety focus from reactive to preventive,” U.S. Health and Human Services Secretary Kathleen Sebelius, said in a statement about the goal of FSMA and the new rules. “With the support of industry, consumer groups and the bipartisan leadership in Congress, we are establishing a science-based, flexible system to better prevent foodborne illness and protect American families.”

Putting the rules into action

Once the final rules are entered into the Federal Registry, large food manufacturers will have a year to comply and large growers up to 26 months to fall in line, while smaller companies may be granted longer compliance deadlines.

Jean Halloran, director of food policy initiatives at public-advocacy group Consumers Union, said her group looks forward to analyzing the proposed rules “that really go to the heart of the problems we’ve had with food safety in recent years.”

“The produce rule should take aim at serious problems like the 2006 outbreak of E. coli in spinach, which caused several deaths,” Halloran said. “The ‘preventive control’ rule [for manufacturers] should help put a stop to incidents like the salmonella outbreaks at the Peanut Corporation of America in 2009, which killed nine people, and the Sunland plant last year, which left hundreds of people sick.”

But at least one food-safety advocate and foodborne illness litigator, Seattle attorney Bill Marler, questioned whether the rules alone will achieve the goal of safer food for restaurants.

“Clearly, for restaurants that are buying fresh produce, conceptually, this should make it less of a risky product,” Marler said of the proposed grower rules. “My difficulty with the rules is that ultimately they require an enforcement mechanism, [and] that is a manpower issue.”

Marler said he believes that the current system for most non-meat food inspections that often rely on third-party audits of fields or facilities has not worked well, as was evident by recent deadly outbreaks of peanuts and cantaloupes, among others, in which the producers had received passing audit scores before the problems erupted.

“In the outbreaks I’ve been involved with, 90 percent of the time there has never been an FDA inspector in the plant or, if there has been, it was five years ago. That simply is not adequate,” Marler said.

The passage of the Food Safety Modernization Act and the new rules “gives us the opportunity to rethink how you spend inspection dollars and how you do inspections,” added Marler, who said his public comments about the new rules will include advocacy for a stronger system of federal and state inspectors instead of increasing reliance on private-sector inspectors paid for by business and ultimately consumers, through finished goods pricing.