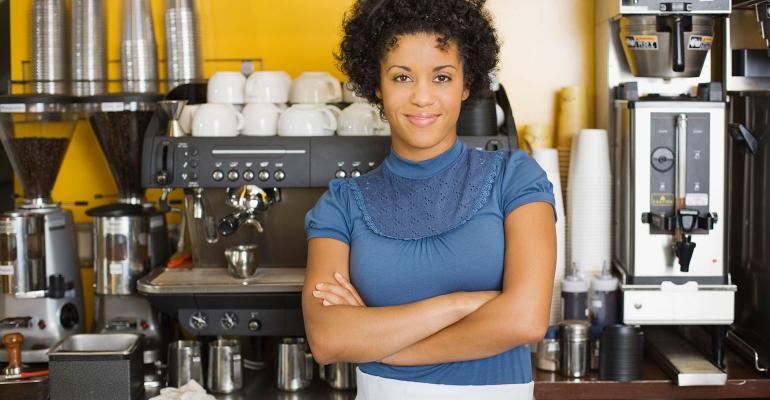 What to know when financing a young restaurant company

These are the best start-up structures for new companies

Steve Rockwell has more than 35 years of experience in the restaurant industry, including as a restaurant analyst, finance executive, investor, investment banker and consultant. This article does not necessarily reflect the opinions of the editors or management of Nation’s Restaurant News.

Finding start-up or early stage financing is one of the most difficult things for a restaurant entrepreneur. Typically, the best source of that capital is friends and family. They provide the most flexibility and are usually less sensitive to valuation. But if outside investors are needed, what is the best structure?

In practice, this arrangement works as follows: The entrepreneur raises $2 million to fund the construction of the first restaurant and cover pre-opening costs and likely initial operating losses. The restaurant is projected to produce sales of $3.5 million with a 20-percent cash-flow margin, or $700,000. For the $2 million, the investors receive 70-percent ownership in the new company and all the free cash flow until they receive their money back, plus a return of 10-percent a year. Once they receive that, the ownership percentage flips so the entrepreneur owns 70 percent and the investors 30 percent. In this hypothetical example, it would take about three and a half years for the investors to be paid back and the entrepreneur to obtain a majority ownership interest.

There can be variations on this example with different ownership interests and definitions of cash flow. For example, there may be a provision for the company to retain a percentage of free cash flow to either act as security or to fund another restaurant. Other variations can be negotiated, but the concept of providing a return to the investor and the entrepreneur regaining control once that return is realized would remain the same.

One important aspect of this form of financing is to have a buy-out clause that would force investors to sell their interest at a future liquidity event, including a defined (by size, investor type, etc.) financing. Most potential acquirers and institutional investors want the company’s capital structure to be as simple as possible, and having multiple owners with different interests can be a complicating factor.

After an early-stage brand has opened a few restaurants, but is still too small for a private-equity investment (typically EBITDA less than $5 million), there may be an opportunity to raise capital through a more traditional private placement. There are several considerations when preparing for a private placement, including valuation and the kind of security offered (preferred or common stock). My experience is that the majority of business owners are concerned first and foremost with valuation, and frequently have unrealistic expectations. While this is unsurprising because of their strong emotional ties to the company, it can cause future problems.

The biggest problem of overvaluing the company initially is the ability to raise additional money in the future if projections are not met. In this scenario, existing investors will be disappointed because of the underperformance, and therefore less likely to invest in a future capital raise. Attracting new investors will also be difficult because they will be aware of the underperformance and will have less confidence in management’s ability to fairly value the company, to say nothing about its operating expertise. Giving up a little more of the company to ensure happy shareholders is likely to prove to be an asset in the future. Having an independent valuation from a knowledgeable source, such as an accountant or advisor, is well worth the expense.

Another important issue is the type of security offered. Typically, it will be a form of a convertible preferred stock that will include some kind of defined return, such as 8 percent a year. Alternatives for the return could be a current cash dividend (not advised for growing companies that need cash to open new restaurants), a payment in kind dividend (rather than cash, the dividend is paid in additional equity), or a liquidation preference (the first dollars in a sale of the company up to the liquidation preference would be owed to the preferred shareholders, with the liquidation preference equal to the initial investment increased by the return percentage each year).

It is critical to understand that the rate of return on the preferred stock sets a minimum growth rate the company must achieve in order for the common shareholders to maintain their ownership percentage. This can put tremendous pressure on management to grow, even when it may not be able to manage that growth. The problem would be compounded if the initial valuation was too high.

Capital for start-up and early-stage investments is difficult to come by, despite the robust investment activity in the restaurant industry. When entrepreneurs find that capital, a sense of fairness and realistic objectivity regarding the value of the company is important to lay the foundation to attract future capital and enable the company to realize it growth potential.