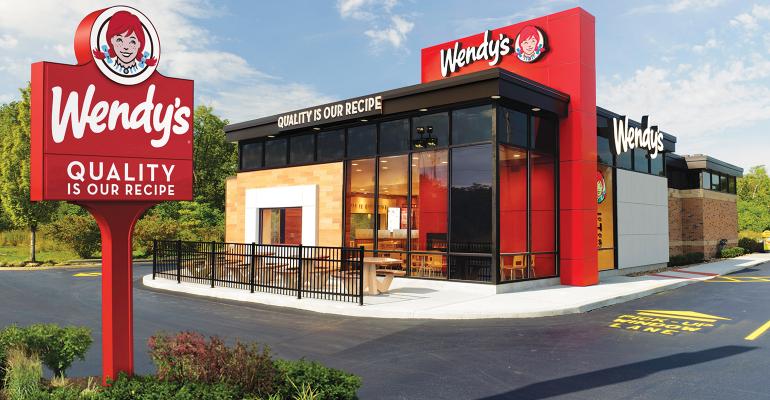 Add The Wendy’s Co. to the growing list of restaurant chains making a huge push on delivery.

The Dublin, Ohio-based quick-service chain on Wednesday said it is planning to expand its delivery partnership with Door Dash to 2,500 locations in 48 markets by the end of the year.

“We are excited,” CEO Todd Penegor said on the company’s third-quarter earnings call. “The continued results in Columbus and Dallas encouraged us to go bigger with our partner Door Dash on delivery.”

Delivery is the biggest restaurant industry trend, with chains as different as McDonald’s Corp. and The Cheesecake Factory Inc. all in some stage of expanding the service.

In this case, Wendy’s is playing keep-up with McDonald’s, which is rapidly expanding delivery through a partnership with Uber Eats.

On the earnings call, Penegor said that delivery is “highly incremental” and results in increased spending per customer.

“We’re seeing some significantly higher average checks,” Penegor said. He noted that, while most orders at Wendy’s are generally for one or two people, delivery gives the chain access to larger orders for three or four people.

Penegor also said that orders frequently come in the evening and at dinner, and he said Door Dash has been able to get delivery orders to homes within 30 minutes.

As for whether the chain could add it nationally, however, Penegor was less certain. “We’re making sure we’ve got delivery partners,” he said, noting that the chain plans to go where Door Dash is operating today. “We’re working hard to expand access to our brand and our food wherever we can find the right partners.”

The company said that earnings adjusted for one-time items was 9 cents per share, below investors’ expectations for the quarter ended Oct. 1. Revenues were $308 million, down 15 percent from $364 million due largely from lower sales from refranchising.

Same-store sales at the 6,500-unit chain increased 2 percent in North America in the quarter.

Wendy’s company-operated restaurant margins declined 170 basis points to 16.7 percent of sales in the quarter, from 18.4 percent. The company blamed high commodity costs for the decrease.

He also said that the chain has kept or increased its share of quick-service traffic for eight straight quarters.

Yet Wendy’s performance also came as its primary competitors, McDonald’s and Burger King, both reported same-store sales in excess of 4 percent in the same period.

“A lot of the QSR folks are playing a good game,” Penegor said. “It’s a testament to traditional QSR being in the right segment at the right time, with speed, convenience and affordability.”

Penegor said that deals are driving a lot of growth in the sector, but he also said he’s seeing signs that the consumer economic model is starting to improve.

“We start to see some of that pick up a little bit in the QSR segment,” he said. “But we don’t see it broadly across total restaurants.”

Wendy’s is on track to have 75 percent of its system enabled for mobile ordering and most of the system in place by the end of the first quarter of 2018.

The company is also working on in-store kiosks. It has kiosks in 100 restaurants and expects them to be in place in 300 by the end of the year. Mobile ordering and kiosks tend to generate a higher average check, Penegor said.

“In 2018, technology needs to play a bigger role in the connection to the customer,” he said.