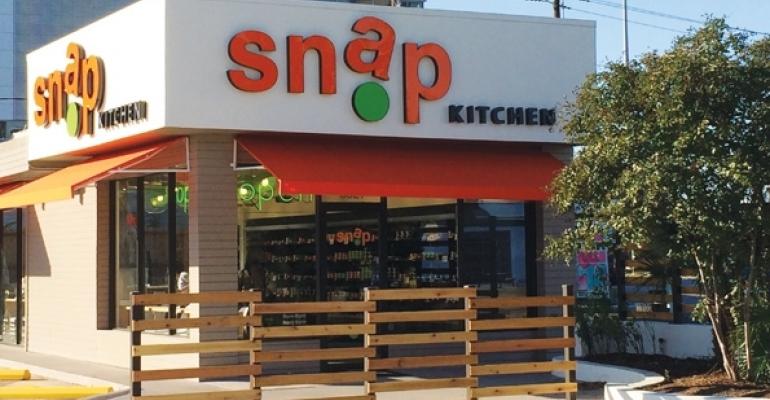 Austin, Texas-based Snap Kitchen also said that it has appointed to its board former U.S. Sen. Bill Bradley (Dem.-N.J.), who has served as a director at Seattle-based Starbucks Corp. since 2003.

“As the leader in consumer investing, L Catterton has been — and continues to be — our partner of choice, and their strong relationships and network of thought leaders helped bring Bill to our board,” Snap Kitchen CEO David Kirchhoff said in a statement.

“We look forward to expanding our relationship with L Catterton as our brand grows and continues to innovate our culinary offerings,” said Kirchhoff, who, with concept co-founder Bradley Radoff, also contributed to this most recent growth capital investment.

This latest investment from L Catterton, which initially bought into Snap Kitchen in 2013, will be used to help support continued growth in the healthful takeaway meals format, the company said.

Bradley, who served in the U.S. Senate from 1979-1997, after playing professional basketball for the New York Knicks from 1967-1977, said in a statement: "Snap Kitchen is a unique concept at the cross-section of multiple trends — convenience, healthy living and sustainability. I'm a strong believer in the company's mission to provide nutritious, high-quality meals to health-conscious consumers.”

Jon Owsley, a managing partner at L Catterton, added that Bradley’s “leadership, diversity of experience and expertise in working with emerging and high-growth companies make him a powerful addition to the Snap Kitchen family.”

L Catterton was formed in January with the merger of Catterton, LVMH and Groupe Arnault. Based in Greenwich, Conn., L Catterton has invested in a number of other growing restaurant concepts, such as the salad chain Chop't, Hopdoddy Burger Bar, Mendocino Farms, Noodles & Company, fast-casual Italian chain Piada and Protein Bar.

Nation’s Restaurant News named Snap Kitchen a Hot Concept in 2014. Nearly all of the packaged food options are gluten free, with an array of vegetarian, vegan, paleo, dairy free, low-carbohydrate and low-sodium items.

The concept, founded in 2010, has 41 locations in Illinois, Pennsylvania and Texas.