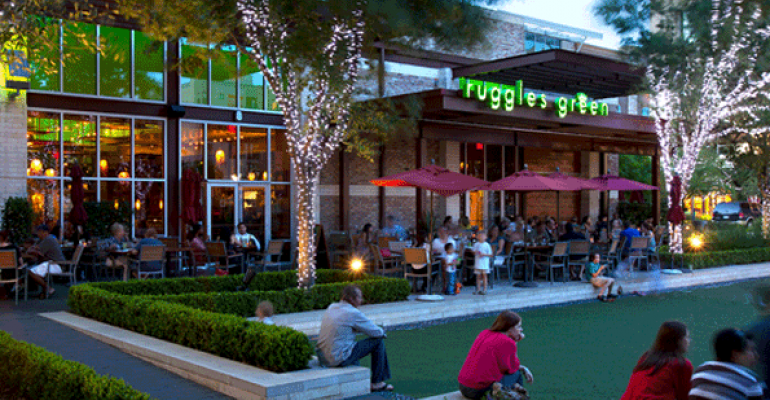 Hargett Hunter Capital Partners has made a majority investment in Ruggles Green, a five-unit fast-casual concept in Houston, the companies said Tuesday.

The Raleigh, N.C.-based Hargett Hunter also has invested in the three-unit Scottsdale, Ariz.-based Original ChopShop Co., a health-oriented restaurant concept. The companies did not disclose the terms of the Ruggles Green deal.

Founded in 2008, Ruggles Green offers a wide variety of vegetarian, vegan and gluten-free alternatives. The Ruggles Green in Houston’s CityCentre was the region’s first certified for its eco-friendly and sustainability focus.

“Ruggles Green is one of the most balanced and high performing ‘small-box casual’ concepts that we have encountered across the United States,” said Jeff Brock, Hargett Hunter’s founder, in a statement.

Founded in 2008, Ruggles Green serves lunch and dinner at all locations and breakfast at its Houston Heights and Woodlands restaurants. The menu features “modern American fare” with a variety of sandwiches, salads, pizzas and entrées priced in the $10 to $15 range. The menu also accommodates dietary and allergy sensitivities. It features beers and organic and biodynamic wines.

“The concept is exceptionally differentiated,” Brock said, “not only through the quality and breadth of its menu, but also through its resonance with guests with different dietary needs and sensitivities, and its unique position as environmentally friendly and sustainable.”

Morgan also serves as CEO of Original ChopShop, in which Hargett Hunter invested in July. ChopShop was founded in 2013 and features a menu of fresh and organic options as well as pressed juices, protein shakes and fresh lemonades.

Hargett Hunter Capital, founded in 2015, said it invests in restaurant companies generating between $5 million and $100 million in annual revenue.

Editor’s note: Oct. 11, 2016 There is no relation between NRN’s editor Ron Ruggless and the chain Ruggles Green.