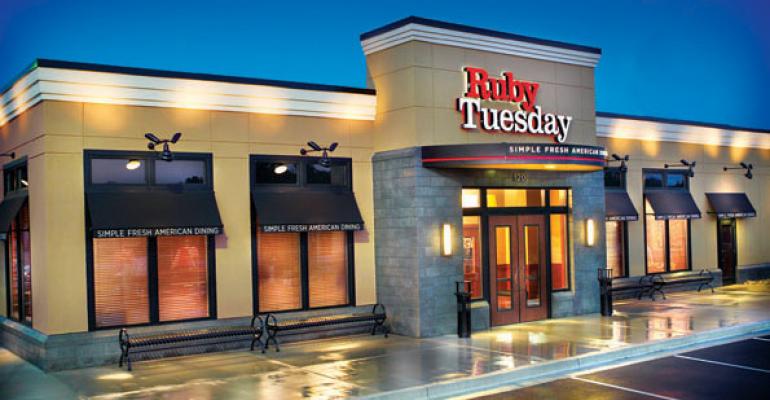 Ruby Tuesday Inc. swung to profit in the fourth quarter even though the casual-dining brand was facing same-store sales and traffic declines, the company said Thursday.

The Maryville, Tenn.-based company reported net income of $4.3 million, or seven cents a share, for the fourth quarter ended June 2, compared with a loss of $881,000, or one cent a share, for the same period last year.

James “JJ” Buettgen, Ruby Tuesday president, chairman and CEO, said in a statement that “while we were disappointed with the fourth-quarter top-line results, both same-restaurant sales and guest counts improved throughout the quarter and into the first quarter of fiscal 2016.”

The company has been working on turning around the brand for the past year and a half.

“We are pleased with the progress we made on our brand transformation and business model initiatives in fiscal 2015,” Buettgen said.

In guidance for fiscal 2016, Ruby Tuesday forecast same-store sales in the range of flat to 2 percent positive.

“We have continued to strengthen our balance sheet by reducing debt and building cash reserves,” Buettgen said.