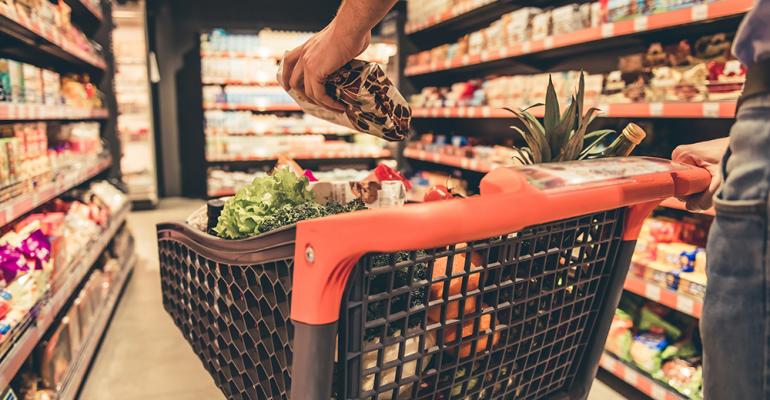 Jeff Lotman is the founder and CEO of Global Icons, a brand-licensing agency. This article does not necessarily reflect the opinions of the editors or management of Nation’s Restaurant News.

Jane is a mother of three. She’s responsible for grocery shopping in her household. Since it’s Taco Tuesday, her shopping cart practically rolls itself into aisle seven — the Mexican aisle.

Unfortunately, her main choices have been the same for years: Old El Paso and Ortego. The food is good, but uninspiring.

The smart guys recognize that Jane isn’t coming to them — they need to go to her. They recognize that the supermarket is where Jane spends her time. It’s convenient, her favorite cashier always accepts her coupons and she knows the floor plan by heart.

Now consider Sally. Sally also likes Mexican food; her favorite is Qdoba, where she lunches once a week. From her perspective, that makes her a loyalist. But from Qdoba’s perspective, out of 21 possible meals a week, she’s eating only one here.

Some restaurants in Qdoba’s situation would ask themselves, “How do we get Sally into our restaurant more often?” But others embrace a larger view. They ask, “How do we get our food in front of Sally more often?” In other words, how do we capture a greater share of her stomach, regardless of where she’s eating?

If there’s one lesson I’ve learned over the years, it’s this: Brands that diversify their touchpoints do better than brands that limit themselves to a single source of cash. Specifically, by putting your food in front of consumers where they are, rather than where you want them to be, you can multiply market share and boost profits, without the hassle of creating a new customer or splurging on R&D.

TGI Fridays is a defining casual-dining chain known as much for its loaded potato skins as its red-striped canopies. The chain attracts single 20-somethings like a red convertible attracts a middle-aged man.

Small wonder, then, that licensing has become a major driver of TGI Fridays’ growth. With the help of an outside agency, the company exploits three of the five lines of licensing (core menu items, “inspired by” menu items and derivative menu items).

As a result, TGI Fridays has created $400 million in annual retail sales in the past six years.

Similarly, California Pizza Kitchen, or CPK, has also seen the licensing light. Over the past 20 years, the restaurant has captured almost 13 percent of the entire retail frozen-pizza category. Whether you want a gluten-free or thin-crust pie, Thai or Jamaican, even the choosiest connoisseur can find something among CPK’s 20 SKUs. Licensed products have been so critical to CPK’s success that they are a key ingredient in the company’s transformation from a Southern California franchise to an international comfort food.

As usual, the proof is in the spreadsheets: Today, CPK serves pizza and pasta to customers in 32 states and 13 countries. For its licensees (first Kraft, now Nestlé), the chain’s licensing arm isn’t just a nice-to-have; it’s a cash cow that’s been milked to the tune of $150 million in annual retail sales.

You’ve heard that “America runs on Dunkin’,” right? Well, once upon a time, Dunkin’ Donuts was MIA in the South and West. Then it discovered licensed products, and the rest is reflected in the company’s earnings reports.

For coffeeholics who patronize Dunkin’ Donuts daily, the company discovered that it could sell these folks their fix even when they weren’t in the chain’s outlets. Thus was born the Dunkin’ section in the coffee aisle at your local supermarket.

This program proved to be so successful that it was later extended to coffee creamer, ready-to-drink iced coffee and Keurig K-Cups, which are also for sale inside the chain’s locations.

Diversification has enabled Dunkin’ Donuts to grow not only unit count, but profit. Last year, the chain reported a 1.6-percent bump in same-store sales. When you have 5,000 locations, that kind of growth is enviable.

You may have heard that packaged-food giants are losing market share. What you likely haven’t heard is that restaurant chains are picking up the slack.

From California Pizza Kitchen to Chili’s, from Panda Express to P.F. Chang’s, and from TGI Fridays to Tony Roma’s, restaurant chains are experiencing a slight renaissance.

That’s not an accident. It’s because these restaurants have embraced retail. They ignored conventional wisdom and studied the data. They didn’t showboat, and they didn’t become gluttons. They just quietly built empires while no one was looking.

Jeff Lotman is the founder and CEO of Global Icons, a brand-licensing agency whose clients include BMW, Bob Evans, Ford, Nutella, Qdoba and the U.S. Postal Service. Connect with him on LinkedIn.