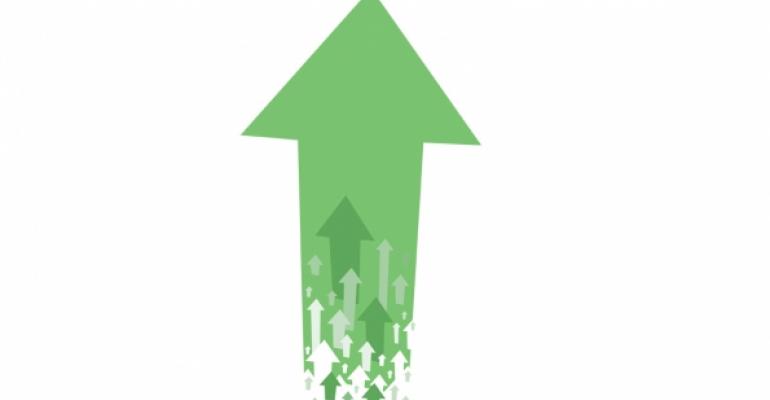 Same-store sales growth for the fourth quarter was 0.4 percent, a very robust 2.6 percentage point improvement from third quarter results. This is the first quarter of growth in the last two years. The signs of relative improvement that the restaurant industry began showing since the beginning of the quarter continued through December. Restaurant same-store sales posted 0.3 percent growth for the month of December. This was the second-best month based of sales growth since March of 2016. The best month during that period was October of 2017, which is another sign that restaurants have been doing better in recent months. These insights come from TDn2K data through The Restaurant Industry Snapshot, based on weekly sales from over 30,000 restaurant units, 170 brands and represent over $68 billion dollars in annual revenue.

Traffic declined 1.8 percent in December, which also represented the second-best month in almost two years. Additionally, that was an improvement of almost 0.7 percentage points from November. Same-store traffic dropped 1.9 percent during the fourth quarter of 2017. While negative, it’s the best result posted by the industry in the last two years.

However, not all traffic improvement resulted to sales. Guest checks grew by 2.1 percent year over year, compared with 2.5 percent for the previous two months. This suggests some of that December traffic may have been brought in through promotions and discounting.

“Although it is great to see the industry move away from the recurring story of declining same-store sales, we also must keep things in perspective,” commented Victor Fernandez, executive director of insights and knowledge at TDn2K. “December of 2016 had very soft same-store sales and traffic results, so lapping over those results didn’t pose much of a challenge. Over a longer view, same-store sales declined by -2.0 percent during the fourth quarter of 2017 when compared with that same quarter in 2015. Furthermore, the trend of declining guest traffic continues to plague the industry and is one that seems unlikely to reverse any time soon.”

The positive momentum experienced by the industry in the fourth quarter was not nearly enough to recover another disappointing year for restaurants. Same-store sales for all of 2017 remained at -1.1 percent, the same result posted in 2016. Traffic for the year fell by 3.2 percent, a 0.1 percentage point decline from the previous year.

According to Joel Naroff, president of Naroff Economic Advisors and TDn2K economist, “Despite what appears, at least on the surface, to have been a disappointing December job gain, the economy did end the year on a high note. The payroll data are volatile, so you need to look at the trend over time. Job gains averaged a very strong 204,000 per month during the final quarter of the year. Given the lack of workers, that pace is likely to be unsustainable. The strong demand for new employees boosted hourly wages, though adjusted for inflation, the increase was not great.”

“Still, with optimism sky high and incomes rising, consumer spending was strong during the holiday shopping season. As the tax cuts slowly bolster worker paychecks, the improvement in consumption should continue. With business investment also likely to improve, we could see growth of the economy in 2018 approach 3.0 percent. That creates expectations the recent rebound in restaurant spending will not only continue but possibly accelerate.”

Despite the discounting strategy adopted by some brands, average guest check growth year over year accelerated considerably in the fourth quarter for the casual dining and fine dining segments and, to a lesser extent, for upscale casual brands as well.

All industry segments saw an improvement in sales growth in the fourth quarter, and it was by far the best quarter of the year for most.

Upscale dining continued to win the same-store sales battle. The best performing segments based on sales in the fourth quarter were fine dining and upscale casual. This was the recurring trend throughout most of 2017.

Perhaps more encouraging for the industry was the improvement in sales growth for casual dining, fast casual and family dining, all of which achieved positive sales for the quarter. Fast casual and family dining had not seen a quarter of growth since the first quarter of 2016. Casual dining went through eight consecutive quarters of negative sales growth before finally being able to turn the trend around in the fourth quarter of 2017.

In addition to the upswing in sales growth, restaurants have also seen some improvement in their hourly employee turnover results. For the third consecutive month, the industry saw small decreases in turnover rates in November. Although this is obviously welcome news for operators, turnover remains at historically high levels and is expected to remain a significant hurdle for restaurants in 2018.

Furthermore, turnover for all levels of restaurant management continued to rise in November. Restaurants have not been able to reverse the trend of rising management turnover rates which have afflicted the industry since the end of the recession. This is especially problematic since, according to TDn2K’s People Report research, management retention is one of the metrics that are most related to a restaurant’s sales and traffic performance and a big differentiator for top performing brands.

Management turnover remains at the highest rates reported for over a decade and are likely to remain at those troublesome levels throughout 2018 for most brands. But People Report studies have also shown that higher base pay, more generous bonus targets and manager training and development are all tools top performing brands have been able to leverage to improve management retention and achieve better results in the marketplace.

“It is a welcome change to report a positive quarter for our industry,” said Wallace Doolin, founder and chairman of TDn2K.

“Our research leads us to conclude that not only the industry has changed, but the performance results continue to change.” The sales and traffic gap from top to bottom performers continues to grow. Success of the top performing brands is driven by superior results in retaining the best unit level talent to deliver the brand promise. “In 2018, we expect the macro economic climate to improve for the industry; however, it will not be a rising tide for all brands. Here is to a new year and a bigger share!”