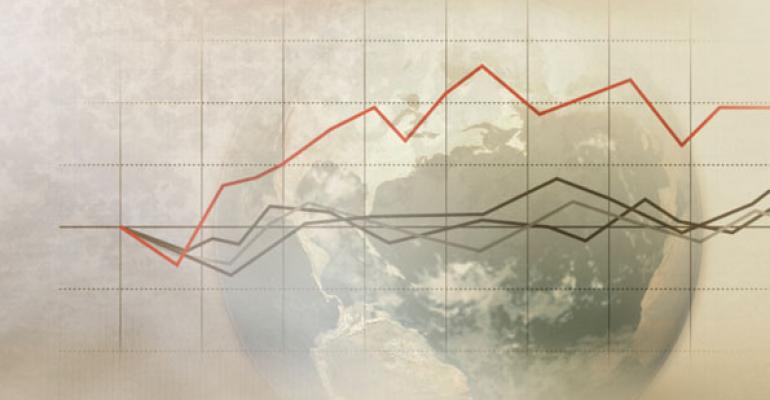 Softer sales and traffic levels in September combined with a dampened outlook for the economy caused the National Restaurant Association’s Restaurant Performance Index to decline for the fourth consecutive month.

The RPI, a monthly composite that tracks the health of and outlook for the restaurant industry, fell to 100.2 in September, a decline of 0.3 percent from 100.5 in August. Despite the decline, the index remained above 100 for the seventh consecutive month.

“The RPI’s September decline was due in large part to softer same-store sales and customer traffic readings, which were down from stronger levels in August,” said Hudson Riehle, senior vice president of the Research and Knowledge Group for the NRA.  “In addition, restaurant operators’ confidence in the economy continued to deteriorate, which was likely due to the fact that the government shutdown and debt ceiling debates occurred during the midst of the survey’s October fielding period.”

The Current Situation Index was at 99.9 in September, down 0.7 percent from 100.7 in August. It is the first time in six months that the index has fallen below 100, representing contraction in the current situation indicators, the NRA said.

In comparison, 40 percent of operators saw a decline in same-store sales in September, rising from the 33 percent who saw a similar trend in August.

The Expectations Index was at 100.5 in September, rising from 100.4 in August. Although it was the 11th consecutive month in which the index was above 100, restaurant operators are less bullish than they were during the first half of the year, the NRA said.

Thirty-four percent of operators expect to see higher sales in six months, compared with the same period last year, which is a slight decline from the 36 percent last month and also the lowest level in 11 months. Meanwhile, 13 percent of restaurant operators expect to see their sales volume to be lower in six months than it was during the same period in the previous year, compared to 16 percent who felt that way in August.

Operators are also not particularly bullish about the economy, the RPI found. Only 19 percent of operators expect economic condition to improve in six moths, falling from 23 percent in August. In addition, 28 percent of operators said they expect economic conditions to worsen in the next six months, rising from 22 percent last month and the highest level in nine months. September was also the first time in nine months that operators’ outlook for economy leaned toward the negative, the NRA said.

The Restaurant Performance Index is based on the responses to the NRA’s monthly Restaurant Industry Tracking Survey.