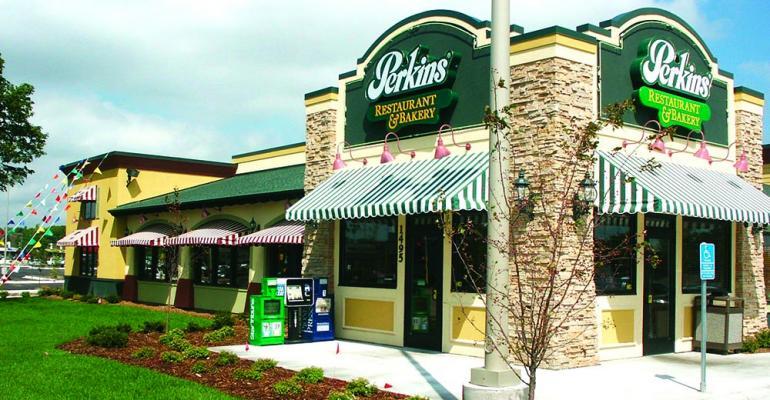 Asset sale does not include a buyer for Marie Callender’s

As part of the restructuring process, the company said it plans to sell assets tied only to its Perkins business and a segment of Foxtail Foods, the firm’s baked goods manufacturing arm. The asset sale to stalking horse buyer Perkins Group LLC, a newly created entity, does not include the Marie Callender’s restaurants.

“The company is continuing discussions with investors and potential buyers regarding the Marie Callender’s restaurants. Once an agreement is finalized an additional announcement will be made,” Perkins said in a statement.

The company said it expects to have enough cash on hand to continue normal operations of its remaining restaurant brands. On Sunday, the company shuttered 10 Perkins and 19 Marie Callender’s locations that were underperforming.  In the bankruptcy filing, the company said both brands were negatively impacted in 2017 and 2018 by declining guest counts, mandatory minimum wage hikes, a tight labor market and an overall decline of sales in the family dining sector.

All remaining restaurants will be operating as usual, the company said.

“Our intention moving forward is to minimize disruptions and ensure that the sale process is as seamless to our guests, employees and vendors as possible,” Jeff Warne, CEO and president, said in a statement.

In a letter to vendors, the company said it “intends to order and pay for goods and services provided after the filing date under our customary terms.”

In a previous statement in June, company spokesman Vivian Brooks said any possible bankruptcy filing was not a reflection of the financial performance of both brands. She said, at the time, that Perkins’ year-to-date same store sales are up 5.1%, while guest traffic is up 3.9%. Year-to-date same-store sales at Marie Callender’s, the company’s smaller brand, increased 6.9% with guest traffic climbing 5.4%, she said.

In 2006, Perkins bought Marie Callender’s in a stock-for-stock transaction deal that combined two of the nation’s most well-known bakery-cafe chains.  At the time, Perkins operated 500 coffee shops. Marie Callender’s had 138 locations. Both brands diminished in size during the Great Recession, forcing Perkins to file for bankruptcy protection in 2011.

Perkins has 342 locations; Marie Callender’s has seven company and 21 franchised restaurants, according to Monday’s announcement. Some of the recently closed Marie Callender's restaurants were in Southern California, the former home base for the brand.

Marie Callendar's started as a wholesale pie-baking business in the 1940s. Namesake and founder, Marie Callender, became well-known for her light, flaky crusts piled high with fresh fruits and creamy fillings. Her son, Don, opened the company’s first coffee and pie shop in Orange, Calif. in 1964. A franchisee closed that restaurant in 2016.

Update: This story has been updated with more details from the bankruptcy filing and NRN research.