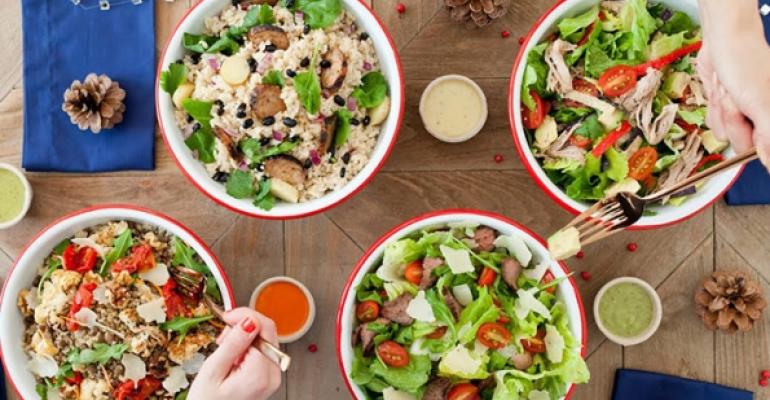 Terms of the deal were not disclosed, but the investment will enable the 29-unit chain to expand its fast-casual brand into new markets.

“We are thrilled to continue our relationship with an investor that understands our industry better than anyone and is committed to partnering with us strategically to continue to grow the Just Salad brand nationally and internationally,” Nick Kenner, CEO of Just Salad, said in a statement.

The deal comes nearly a year after Panda Restaurant Group made an initial investment in Just Salad. The chain has since expanded into new markets, adding units at Kansas State University and in Chicago. The company recently unveiled a new design in New York City, and will renovate its flagship restaurant there next month.

Kenner and Rob Crespi founded Just Salad in 2006. The chain has locations in New York and Chicago, as well as Hong Kong and Dubai. Just Salad lets customers customize their salads with a selection of quality ingredients.

Panda Restaurant Group and its founders, Andrew and Peggy Cherng, have been increasingly aggressive in investing in emerging concepts. Its investment a year ago in Just Salad came along with investments in three concepts from other countries looking to expand in the U.S., including YakiYan, Ippudo and Uncle Tetsu.

In September, the Cherng Family Trust Office hired a pair of investing veterans to make private equity and venture investments in various sectors, including hospitality.

“We’re excited to expand our partnership with Just Salad as they continue to grow,” Andrew Cherng said in a statement. “With their commitment to healthy, affordable food and expansion into new markets, it’s an exciting time to be partnered with such a strong brand.”