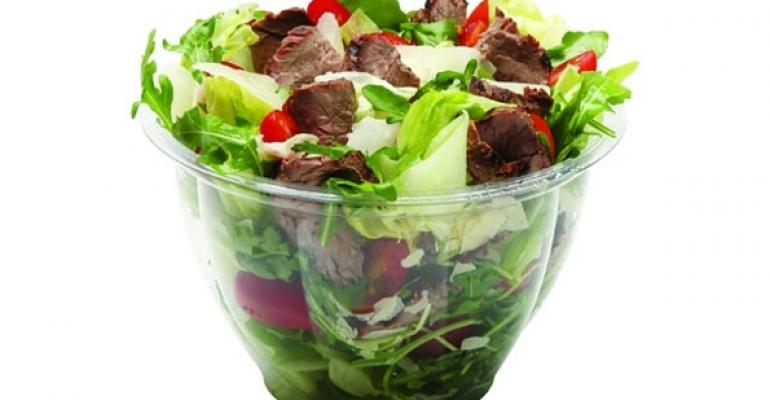 Just weeks after investing in the Pieology Pizzeria chain, the founders of Panda Restaurant Group Inc. revealed investments with plans to expand several other brands, including the New York-based chain Just Salad LLC.

Back in 2014, however, Panda Express took a large minority stake in Just Salad, which Nick Kenner, Just Salad CEO, confirmed Thursday. Panda officials said they were deferring to Just Salad on any announcement of the deal, and details were not disclosed.

Kenner said, “Panda has been very supportive of our vision and our commitment to the Just Salad promise. This investment from Panda Express was much less about money. Panda has given Just Salad access to a partner with an extensive network and reach.”

In addition, Panda Restaurant Group has made investments in three concepts based in other countries that are coming to the U.S. or expanding:

• YakiYan, a Taiwan-based Japanese barbecue concept, is scheduled to open its first U.S. location this summer in the Hacienda Heights area of Los Angeles, near Panda’s headquarters.

Panda has formed a new company with Japan-based Ippudo-parent Chikaranomoto Holdings called I&P Runway to expand the Ippudo brand domestically. The new company is scheduled to open an Ippudo location in Berkeley, Calif., this summer, and another unit is also planned this year, though Panda officials could not yet say where.

• Uncle Testu is a bakery concept specializing in Japanese cheesecake. The first U.S. unit is scheduled to open in Honolulu in March, though the concept’s website boasts 70 locations globally. Panda spokeswoman Thien Ho said a second U.S. unit of Uncle Testu will open later this year in Southern California.

Just Salad was founded in 2006 by Kenner and Rob Crespi in Manhattan. The chain has grown to include 23 company-owned units in the New York area and Chicago, as well as five franchise locations in Hong Kong and Dubai.

The build-your-own fast-casual salad concept is designed around quality ingredients, including grass-fed beef, antibiotic-free and humanely raised chicken, organic tofu, local and organic produce by season and a variety of options that have not been genetically modified.

The chain’s average check is about $9.90, and restaurants are typically about 1,500-square feet.

The concept was a Nation’s Restaurant News Breakout Brand in 2013.

Kenner said Panda’s involvement will provide resources to ease the chain’s growth path. Four to five Just Salad locations are scheduled to open in the Chicago area this year, and the concept will debut in two other major markets in 2017 while continuing opportunistic growth in New York.

“When we move into a new market, Panda provides a range of support, from letting us know what contractors to use, best places to source local talent, to even what linen provider we should use,” he said. “In addition, Panda is a great operator and great motivator of its people, and we have learned a lot from them in that regard as well.”