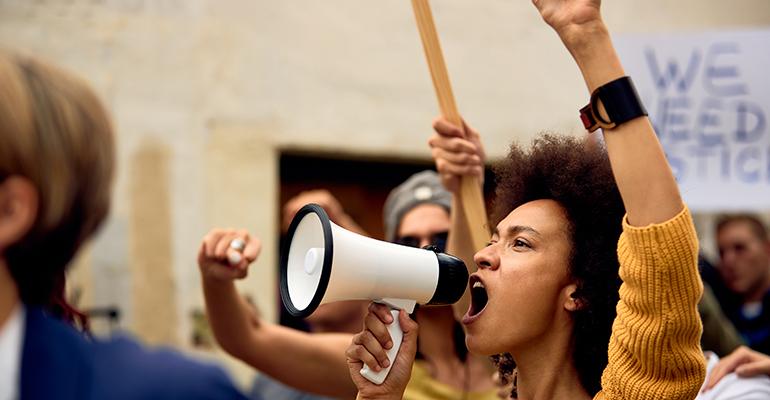 In light of recent walk-offs from restaurant workers over wage disputes and unfair labor practices, advocacy group One Fair Wage has created a new relief fund to encourage workers to remain in the industry and advocate for a fair wage. The fund, announced Thursday, contains $1 million from the organization's original relief fund created in 2020.

The Washington D.C.-based non-profit, which advocates for a higher minimum wage and against the tip credit, is now offering restaurant workers who have recently walked out or are considering walking out on their low-paying jobs up to $1,200 to stay in the industry.

“The restaurant industry doesn’t have a worker shortage — it has a wage shortage. Tens of thousands of restaurant workers do not want to go back to work to earn poverty wages putting their lives on the line,” said Saru Jayaraman, president of One Fair Wage, in a statement. “The Wages Can't Wait - Service Worker Action and Relief Fund will help support restaurant workers as they return to their jobs, organize their colleagues and push to a full minimum wage with tips on top. This is the only way to put our nation back on the road to economic recovery and to ensure that restaurants and their workers can thrive as we rebuild our economy.”

A condition of the grant is that workers must advocate on behalf of restaurant workers and complete three “levels of engagement.” Workers will receive $400 for completing each level.

Level One is gathering three co-workers for a video meeting with a One Fair Wage organizer to learn more about the minimum wage fight, making a one- to three-minute video about why they are fighting for a $15 minimum wage with tips, and sharing the video with One Fair Wage.

Level Two is getting together with least three co-workers for a second video meeting with a One Fair Wage organizer to talk through strategies for their workplace demands and fleshing out a demand letter to send to legislators. Then, they must recruit at least one person to sign on to their letter or, if they have already walked out, meet with a One Fair Wage organizer to flesh out their letter further, and recruit 10 people to sign on to the letter.

Level Three is submitting the demand letter or completing a "collective action."

As of publication, the fund is only giving funds until Labor Day. It will extend if more people need the funds, according to the group.

In May, One Fair Wage reported that 53% of workers said they were considering leaving their restaurant jobs, with 73% of those citing low wages and tips as a core reason for seeking new employment.