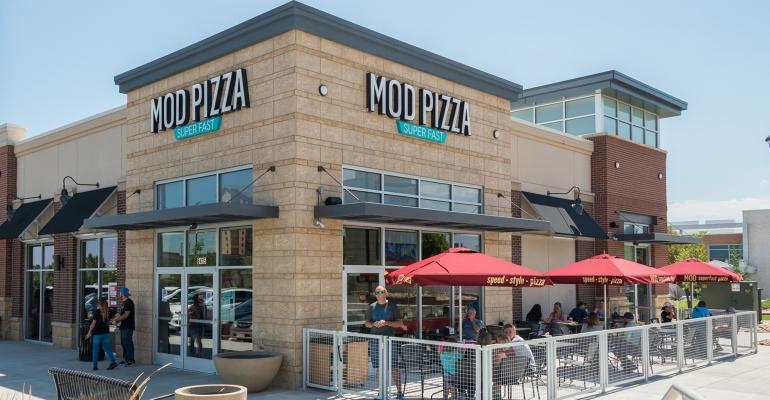 The latest funding round brings the company’s total equity capital raised to over $185 million. The financing will support growth in 2018, according to a release. MOD Pizza reported systemwide sales of $150 million in 2016, the most recent year the company reported. “As we enter our 10th year and celebrate the opening of our 300th store, we are more energized than ever before about the incredible opportunity in front of us,” Scott Svenson (left with wife Ally), co-founder and CEO of MOD Pizza, said in a release.

“This funding will allow us to continue to grow our business and spread MODness in 2018 and beyond,” he added.

In the crowded fast-casual pizza segment, MOD Pizza has stood out for its rapid growth and high-minded business practices. In 2017, the chain opened 110 units, bringing the total locations to over 300 outlets in the U.S. and U.K.

Prior to founding MOD Pizza, Svenson and his wife Ally founded Seattle Coffee Company and Carluccio’s in the U.K. Starbucks acquired the company in 1998, and Svenson was installed as president of Starbucks' European division.

Svenson and his wife founded MOD Pizza in 2008.