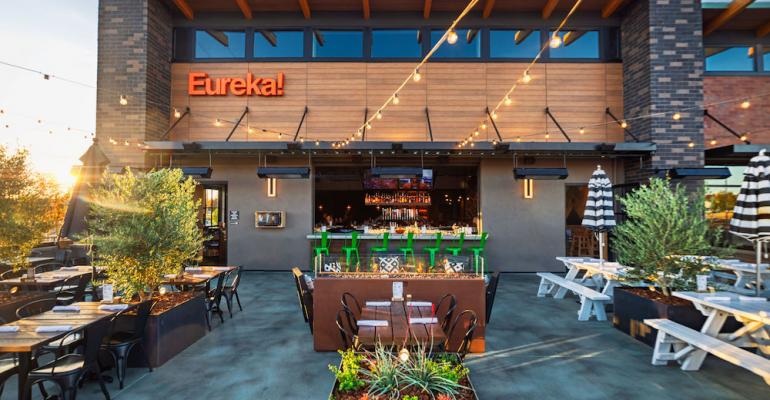 Terms of the investment were not disclosed, but Eureka! CEO Justin Nedelman did say that Carolo acquired the ownership in the chain that was previously held by private equity firm KarpReilly, in addition to funds on top of that.

“We bought out KarpReilly” with the funds from Carolo, Nedelman told Nation’s Restaurant News. “That’s the only partner that we bought out, and everybody else stayed on. So the entire management team is staying in place — no disruption whatsoever. It’s just allowing us to leverage our infrastructure and base of systems and operations and get additionally creative with our real estate strategy.”

That includes development of a 3-story 17,000-square-foot space on Miami’s Aventura Esplanade that Carolo had acquired.

Nedelman said the “super-high-profile” space would likely feature two of Carolo’s concepts, which include Bianco, Carolo, Aromas, Brix and Cachava. He said it would probably consist of reinterpretations of Aromas and Cachava, “but it’s still being finalized.”

Carolo “secured the deal there [in Miami]. We’re basically stepping in to assist with all the construction … branding and adaptation of their concepts to the U.S,” Nedelman said.

He said he was also planning to use the cash infusion from Carolo to open two new Eureka! locations this year. One will be at Santa Clara Square in Santa Clara, Calif., “that will pivot off our Bay Area strategy, where we already have four locations: Mountain View, Cupertino, Berkeley and Concord.”

Eureka! opened a restaurant in Carlsbad, Calif., in April.

The second new location will likely be in Ontario, Calif., in the “Inland Empire” east of Los Angeles, where Eureka! already has locations in Claremont and Redlands.

Further expansion of Eureka! in 2021 would also likely be in markets where the chain already has a presence, he said.

Nedelman said he was glad to be in partnership with Carolo.

The Eureka! in Carlsbad, Calif., was designed to reflect local motifs.

“It’s exciting to have a family [owned], long-term vision type of partner that owns restaurants themselves,” he said. “It’s not a short-term buy-build-sell type of mentality.”

Eureka! currently owns and operates 26 restaurants in Calif., Colo., Idaho, Nevada, Texas and Wash., specializing in locally sourced ingredients and craft beer, spirts and cocktails. It bills itself as an “anti-chain” because each restaurant has a distinct look and atmosphere. Its first location opened in 2009.