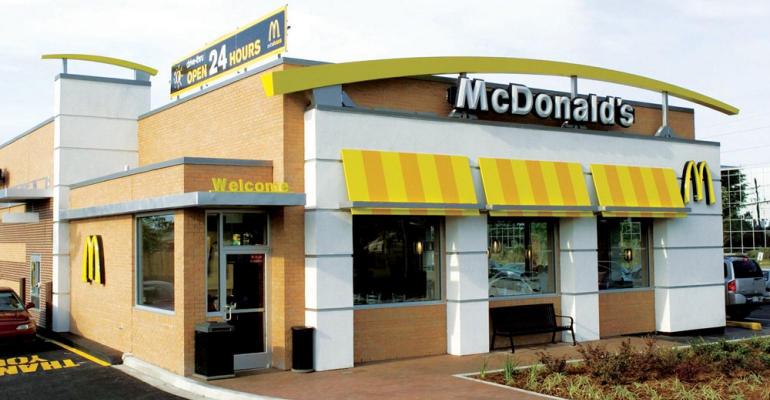 Company plans to invest extra cash in Experience of the Future

But it will take a few more months to see the true impact of the Oak Brook, Ill.-based quick-service operator’s new value menu, a key component of the plan.

But not all of the savings will translate to the bottom line.

At an investor meeting in March 2017, McDonald’s said it would take several years to complete its Experience of the Future, or EOTF, turnaround, which includes self-ordering kiosks and improved interiors and outdoor eating spaces.

“They [customers] are telling us they like the new McDonald's better,” CEO Steve Easterbrook said. “They are rewarding us with more frequent visits and they are spending more on average when they do.”

With more cash as a result of the lower corporate tax rate, McDonald’s can spend about $2.4 billion on EOTF in the U.S. this year, and a “relatively similar amount” in 2019, Ozan said. The whole project should be near completion at the end of 2019, and the company would see a normal run rate in 2021, he added.

Regarding McDonald’s new $1 $2 $3 Dollar Menu, which launched in January, it’s “too early for us to give any meaningful feedback,” Easterbrook said. It will take about three to six months for the new value menu to “fully embed in the minds of consumers,” he said, but “we are making a dent in the competition,” based on 2017 results.

Excluding one-time items, McDonald’s earned $1.71 per share during the quarter, compared with the $1.59 per share analysts expected, according to Earnings Whispers.

Revenue fell 11.4 percent, to $5.3 billion, from $6 billion in the previous year. Analysts had estimated revenue of $5.2 billion.