Despite deep discounting, the aggressive modernization of its restaurants and the success of its fresh-beef program, McDonald’s units in the U.S. experienced sluggish visits and flat same-store sales.

The results marked the 12th consecutive quarter of positive comparable sales for the Chicago-based chain, which has been pushing menu innovation including the roll out of fresh, not frozen beef, for its legacy Quarter Pounder sandwich.  During the quarter, the company modernized an additional 1,300 restaurants under its Experience of the Future format. The company now has 5,000 next generation stores, representing more than one-third of its total U.S. units of 14,000.

Net income for the quarter increased 7 percent to $1.5 billion, up from $1.4 billion during the same quarter a year ago.  Revenue fell 12 percent to $5.4 billion, a drop tied to the company’s refranchising effort.

McDonald’s said average check went up for the quarter, which was tied to diners trading up to premium sandwiches such as the revamped Quarter Pounder. Customers also increased their average check by adding on items from the new $1 $2 $3 Dollar Menu. 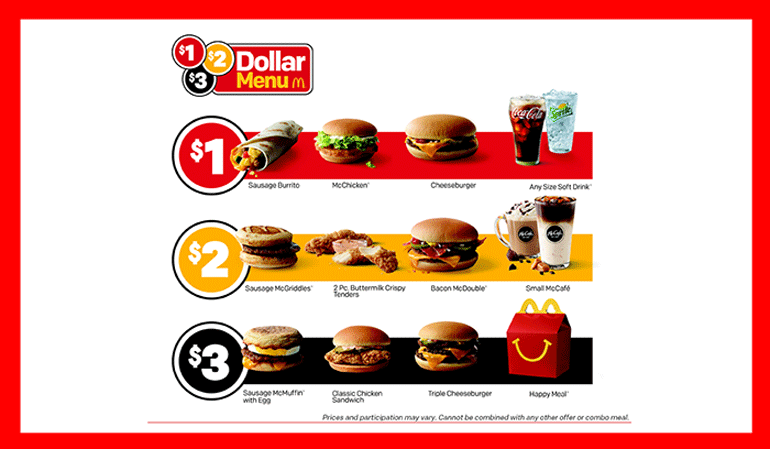 But rivals challenged McDonald’s by introducing their own value deals, which has hurt guest counts as diners tend to hunt around for the most appealing deals.

“You can expect us to be reactive, and far more agile,” Easterbrook said about competitor deals. “Operators are consolidated and behind that decision because they want to grow guest counts. We’re going to keep pushing on, and pushing hard.” 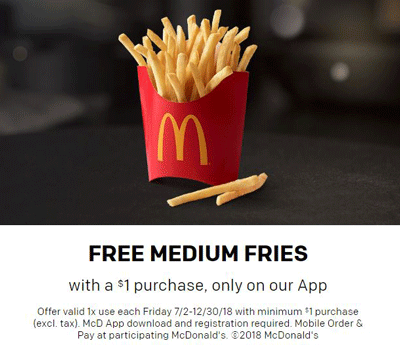 For the third quarter, multiple discounts have already been put in play — mostly through the company’s mobile app. One of the more buzzworthy promotions is a free medium fries with purchase of any item of $1 through its app. The latter deal is good every Friday through the end of the year. Other mobile-app deals include a $1 sandwich, and a 1 cent McCafe drink with purchase of a large or medium drink.

On a Thursday morning conference call, McDonald’s said it has the support of franchisees when it comes to implementing its value strategies.

But some franchisees have expressed concern about the deep discounting, according to a recent operator survey conducted by analyst Mark Kalinowski of Kalinowski Equity Research.

In the survey, which included input from 26 domestic franchisees with about 281 stores, franchisees seemed caught in a conundrum when it comes to the chain’s pricing strategy. Many said they are frustrated by the deep discounting but also complained about higher menu prices hurting guest counts.

“We’re worn out on the discounting. It no longer works,” one franchise stated in the Kalinowski survey.

Kalinowski said McDonald’s is challenged by “an industry that has trained the fast food customer to look for discounts.”

“Discounts, in a way, aren’t as special as they used to be,” he said.

Still, he said McDonald’s is being more aggressive than ever, especially when it comes to product testing.

“This is a McDonald’s that is more open to change and evolution than maybe it was four to five years ago,” Kalinowski said.

Besides improving the legacy Quarter Pounder with fresh beef, the company recently changed its baked Apple Pie. The famed pie, on the menu since 1968, is now made with sliced apples instead of diced apples and sports a more elegant looking lattice crust top. It is sprinkled with sugar instead of a mix of sugar and cinnamon. Cinnamon was also added to the filling.

Easterbrook said customers appreciate the changes the company is making to elevate the brand. He expects the modernization of the brand to continue over the next two years through store makeovers, digital strategies and menu innovation.