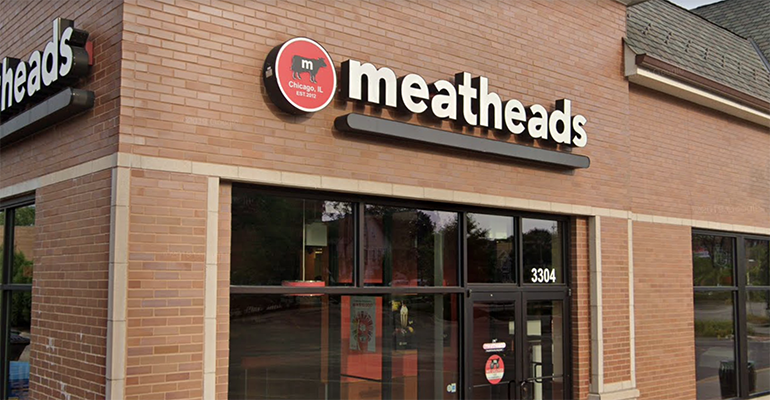 Lender objects to Meatheads bankruptcy, calling the filing ‘a stunt’

A Chicago-based lender is objecting to the Chapter 11 bankruptcy filings last week by Crave Brands, the parent of Meatheads, a 13-unit fast-casual burger chain, also based in Chicago.

LQD Financial Corp., which is listed in the bankruptcy filings as being owed $6.65 million by Crave Brands, is alleging that the filings were “a stunt Crave’s former manager pulled to stay in charge,” among other alleged improprieties that the lender claims should invalidate the case.

Meatheads listed total assets of about $6.7 million and total liabilities of $8.4 million in its filing, according to court documents. Its operating report showed that the restaurants themselves were profitable, with year-to-date restaurant profits of $482,786, on revenues of $2.76 million, for the period from Dec. 28, 2020 through March 21 of this year. Adding in corporate expenses, however, Meatheads posted a loss of $61,043 in that period.

The Meatheads and Crave Brands bankruptcy petitions were both signed by Steve Kafaridis, manager, who LQD alleges did not have the authority to file the bankruptcy because he had been replaced as manager before the filing. LQD said it had replaced Kafaridis with Robert Handler, who LQD contends remains the current manager and did not authorize the bankruptcy filing.

Neither LQD nor Crave/Meatheads, nor their attorneys, could be reached for comment.

LQD alleges that Kafaridis has mismanaged the company, and that it has a plan in place to sell Meatheads’ assets to another company if the bankruptcy case is dismissed.

“LQD intends to sell the debtors’ assets to a well-known and reputable new operator with the know-how and competence to manage the restaurants and ensure payment to creditors,” the company said its motion to dismiss the case. “Alternatively, if these cases stay in Chapter 11, Karfaridis will continue to dissipate value resulting in detriment to creditors and Karfaridis himself.”

The motion to dismiss alleges that Kafaridis and his partner, Michael Webb, borrowed $6.55 million in 2019 from LQD to acquire Crave Brands and Meatheads, and subsequently misused corporate funds for personal expenses.

Most of the debts owed by Meatheads consist of rent, trade debt and sales tax totaling less than $1 million. It also lists a Paycheck Protection Program loan of about $2.42 million. Crave also lists an Economic Injury Disaster Loan of $149,900 from the Small Business Administration.

Meatheads was founded in 2007 in Bloomington, Ill., by Tom Jednorowicz, a former executive at Potbelly Sandwich Works and Einstein Bros. Bagels, and partner Doug Reichl, founder of Tartan Realty Group. It was cited as a Breakout Brand by Nation’s Restaurant News in 2013, given its growth plans at the time, and its presence in the fast-growing “better burger” segment.

By 2015, it had grown to 16 locations, including in an outpost in Indiana, and was reportedly eyeing expansion into Wisconsin as well. Its website currently lists 12 restaurants in the Chicago area and one in Munster, Ind.