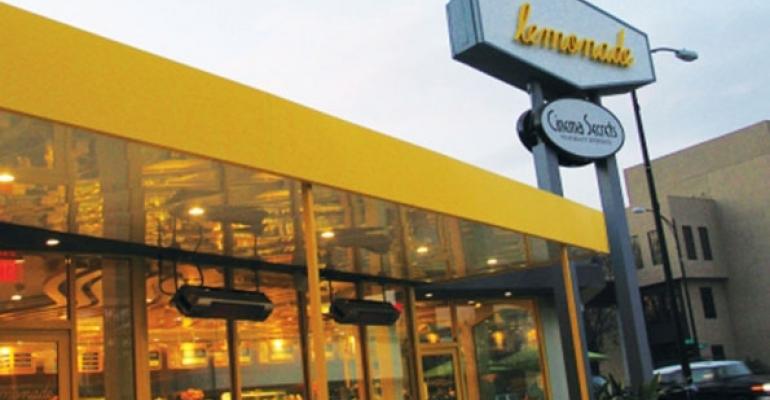 Lisa Jennings
<p>Lemonade is concentrated in Southern California, but is breaking into the San Francisco Bay Area.</p>
Finance

The announcement comes as the Los Angeles-based Lemonade Restaurant Group moves into the San Francisco Bay Area. Lemonade is planning six Bay Area locations in former units of the La Boulange chain, which was acquired by Starbucks Corp. in 2012 and later closed.

The first Lemonade in downtown San Francisco opened in May, and a second unit is scheduled to open in Palo Alto, Calif., later this month.

“We are thrilled to be partnering with the Butterfly team, which brings a tremendous amount of industry experience and energy to the Lemonade team,” Jackson said in a statement.

The chain once included at least two units in the Middle East, which have since closed.

But both international and domestic growth is planned, said Adam Waglay, co-founder of Butterfly, based in Los Angeles, an investment firm that specializes in the food industry.

Butterfly joins previous investor KKR, which made a minority investment in Lemonade Restaurant Group in 2014.

“Lemonade is an extraordinary brand, and we are excited to be partnered with them and KKR to help grow the business and bring its unique offering to new markets throughout the U.S. and around the world,” Waglay said in a statement.

Dustin Beck, Butterfly co-founder, said Lemonade was “an impressive company that has built a very loyal following and is positioned extremely well for growth. The future looks very bright and we are pleased to be a part of it.”