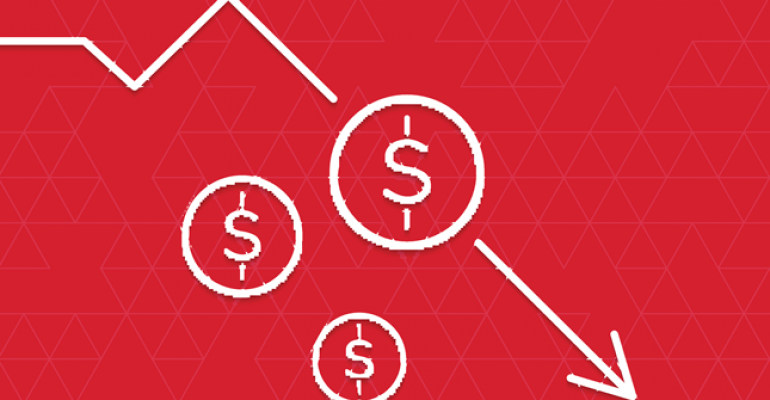 Rush for strong companies drives up prices, while others can’t find buyers

Declining same-store sales and traffic, and growing fears of an upcoming recession, have not scared off investors in restaurant concepts and franchisees, bidding up the prices for companies well past historical norms.

That, at least, was the general sentiment among attendees at this week’s Restaurant Finance & Development Conference in Las Vegas.

Speaker after speaker described a financing and acquisition environment in which buyers outnumber sellers, including private equity groups, strategic buyers and family offices. That’s driven up prices for some concepts to historically high levels.

“I haven’t seen an environment like this in many years,” said Chad Spaulding, managing director with industry investor Capital Spring. “There’s a tremendous amount of institutional and private cash flow chasing restaurant assets.”

“The industry has been growing for eight years,” said Nick Cole, head of the restaurant finance division at Wells Fargo. “Supply has gotten out ahead of demand. The economy is showing signs of a recession. It’s already the third-longest expansion in history. If you’re a lender and thinking of a new five- to seven-year loan commitment, you might be thinking prospects in the future might not be healthy.

“Apparently, if you said that you’d be firing up the loan engine right now, you’d be right. Capital is still pouring into this industry.”

The contrast between the restaurant industry deal flow and industry traffic was not lost on many experts.

Same-store traffic has fallen 27 of the past 29 months, according to the monthly restaurant index MillerPulse.

“There’s an interesting dichotomy,” said Damon Chandik, who leads restaurant investment banking at Piper Jaffray. “There are real pressures on the industry side.” He cited lower expectations for revenue growth, rising labor costs and concern about commodity increases.

“On the flip side, there are unprecedented flows of capital into the sector,” he said. “A lot of capital is looking for returns.”

To be sure, the weak industry numbers are driving buyers away from some companies.

A few publicly traded companies, such as Bravo Brio Restaurant Group Inc. and Fiesta Restaurant Group, have explored strategic alternatives that ultimately did not yield any sale recommendation. Casual-dining operator Ignite Restaurant Group had to file for bankruptcy protection and get debt off its books, and close some stores, before buyers were willing to acquire that company.

“There’s more punishment of brands that have fallen out of favor,” said Dan Collins, principal with restaurant merger & acquisition firm The Cypress Group.

Still, the industry is luring more companies eager to buy. The reason is simple: Problems in other consumer sectors are worse. Retailers are shutting locations. The grocery business is facing major competitive pressure from Amazon and other companies. And internet-based companies represent a major threat in the hospitality world.

The restaurant space remains one with potential for growth, while outside competitive threats are not as significant as they are in other industries.

“If someone wants to invest in the consumer space,” Chandik said, “they’re running out of options.”

Said Michael Phalen, managing director with Wells Fargo: “We are still the most beautiful belle at the ball.”

But the weak traffic environment coupled with interest in acquisitions from buyers has created a rare event: Valuations for private companies are higher than are valuations for publicly traded companies.

Restaurant stocks, particularly for small cap companies, have fallen this year. The valuation for Buffalo Wild Wings fell enough for Roark to bid a $2.3 billion price that would represent a 28 percent premium over its previous trading price and still represent a valuation multiple of less than 10 times EBITDA — earnings before interest, taxes, depreciation and amortization.

As such, the market for restaurant industry initial public offerings has dried up, because sellers can get higher prices from private equity groups.

The general sense among attendees is that the period of heavy merger and acquisition activity will soon come to an end. The growing potential for a recession could well slow it down. So, too, could higher interest rates that drive up the cost of lending.

So restaurant owners looking to sell could consider heading to the exits sooner, rather than later.

“If you’ve got a couple of things you’re itching to sell, now is the time to do it,” Spaulding said.