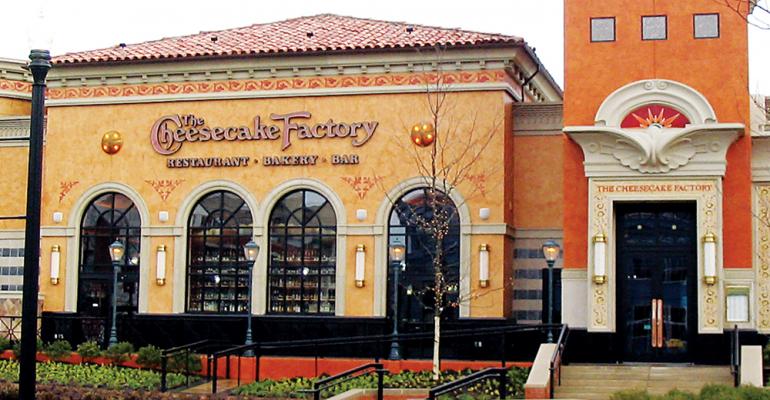 The Cheesecake Factory Inc. said late Wednesday that same-store sales and net income fell in the third quarter ended Oct. 3, in part due to this year’s active hurricane season.

Same-store sales at the casual-dining chain slid 2.3% compared to the same period last year, while net income dropped by about 24%.

CFO Matthew Clark said in the conference call that approximately 0.8% of the loss can be traced back to more than 100 lost operating days due to the historic weather events.

“Excluding the weather impact, comparable sales declined 1.5%, which was in line with our expectations,” said Clark.

Looking ahead, Clark touched on the restaurant’s growth potential during the Q&A portion of the call with analysts.

When asked about how the future (or potential lack-thereof) of malls in the U.S. could affect the company’s growth strategy, Clark said that the brand was not tied at the hip with this aspect of brick-and-mortar retail.

“I also don’t think that we’re limited to the mall redevelopment,” he said. “We continue to look at areas in downtown situations and the format for The Cheesecake Factory is very, very flexible.”

He added that the company was “confident” in a long-term, 3 percent to 4 percent unit-growth rate.

CEO David Overton also laid out the brand’s schedule for off-premise dining during the call. Third-party delivery is currently available at about 70% of Cheesecake Factory restaurants, and Overton estimates that that number will grow to about 85% by the close of 2017.

Overton is also bullish on offering delivery at about 90% of its stores by summer 2018.

The Cheesecake Factory currently has 209 full-service locations under multiple banners throughout the United States and Puerto Rico.