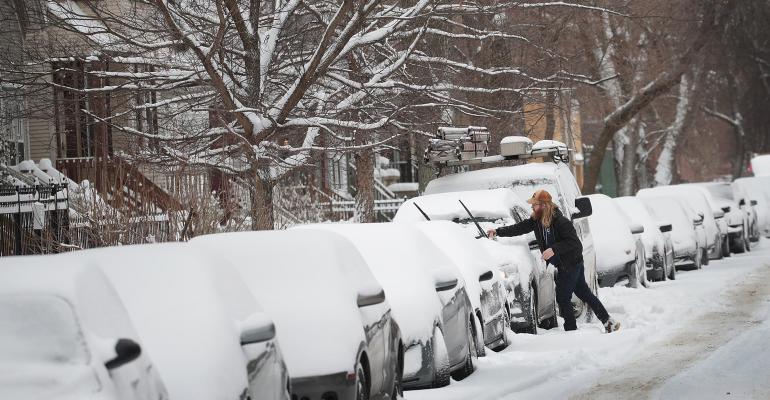 Optimism for the restaurant industry came to a sudden stop in February, as winter weather put a chill on sales and traffic. Same-store sales were down 0.6 percent during the month. Restaurants have not experienced negative year-over-year sales growth since May. It was the worst month for the industry since February of 2018, which may be signaling a new troubling trend for chain restaurants.

These insights come from TDn2K’s Black Box Intelligence™ data, based on weekly sales from over 31,000 locations representing more than 170 brands and nearly $72 billion in annual sales.

“February was the month with the worst same-store sales growth rates for both 2017 and 2018, and it was a disappointing month again this year,” said Victor Fernandez, vice president of insights and knowledge for TDn2K. “Sales growth has been negative for the month since 2017, and the cumulative effect was a concerning 5.2 percent drop in sales for February over the last three years.”

Severe winter weather appeared to be behind the dip, he added, noting that any operational hiccups can have an outsize impact on restaurant operators.

“Any disruption in the usual routine of consumers seems to be enough to cause a downturn,” Fernandez said.

Same-store traffic growth was down 3.7 percent during the month, which represented a drop of 3 percentage points compared with January’s results.

“Chain restaurants clearly have a same-store traffic problem. Growth rates for this important metric have been negative each year since the recession. But with traffic results improving each month since October, the industry was trending in the right direction. That obviously ended in February,” Fernandez said. “The last time the industry experienced worse traffic growth results occurred when some of the biggest states in the country were suffering through enormous back-to-back hurricanes in August and September of 2017.”

Only three regions saw positive same-store sales growth during February: California, the Southeast and Southwest. The region with the worst sales growth results, the Midwest, seems to have been hit the hardest this winter.

Closer inspection adds some additional context into February. Same-store sales growth was slightly positive on average during the first three weeks of the month. It was an abysmal fourth week that dragged the month into negative sales growth. The worst performing regions based on same-store sales growth during that final week were the Mid-Atlantic, New York-New Jersey, the Midwest and New England.

Fine dining was the best performing industry segment during February for same-store sales growth. This segment has been consistently achieving strong sales over the last three years. But in the case of February of 2019, the segment’s performance was boosted by strong sales during the week of Valentine’s Day. The latest data shows that consumers who can afford it are increasingly spending more on fine-dining experiences to celebrate the holiday. Same-store sales growth for Valentine’s Day week is in double digits compared with February of 2017. By comparison, sales growth for the restaurant industry overall is essentially flat over a two-year period for that same week.

“The 2.6% increase in GDP during the fourth quarter marked the second consecutive easing in growth,” explained Joel Naroff, president of Naroff Economic Advisors and TDn2K economist. “However, that rate was still above trend, indicating that the expansion is moderating, not faltering.”

The government shutdown likely slowed the expansion further in the current quarter, but most of the loss should be made up by the summer. Thus, a weak first quarter growth number followed by a more solid second quarter is expected.

There are no major reasons to think the economy will either accelerate or decelerate sharply. The expectation is for growth to be similar to what we saw in the first half of the decade. However, unlike that period, consumer income and spending should rise at a solid pace. With labor markets tight, even with more moderate growth in the economy, wages will remain under pressure with labor shortages and faster income gains spreading across the entire economy. The good news is that the growing family incomes would support continued moderate spending gains, not the tepid ones we saw from 2012 to 2016.

Staffing woes continued for restaurants according to TDn2K’s People Report. The latest metrics show annual turnover rates increased again for hourly employees and all levels of restaurant management during January. With restaurant turnover at historically high levels and rising, it is not surprising that the average restaurant company said 34 percent of their locations are not fully staffed at any given time based on responses to People Report’s 2019 Recruiting and Turnover Survey. Exceptional service is a key driver of superior sales and traffic performance, so it is close to impossible for restaurants to yield strong results when frequently understaffed.

Staffing challenges are compounded by the fact that the industry continues to expand its number of locations and add jobs. Chain restaurant year-over-year employment growth was 2.1% during January. The industry has been adding jobs at a pace greater than 2% percent for the last three months, adding to the staffing needs in an already extremely tight labor market. An acceleration of wages and salaries is an expected consequence of these pressures, further impacting the rising labor costs experienced by the industry in recent years.