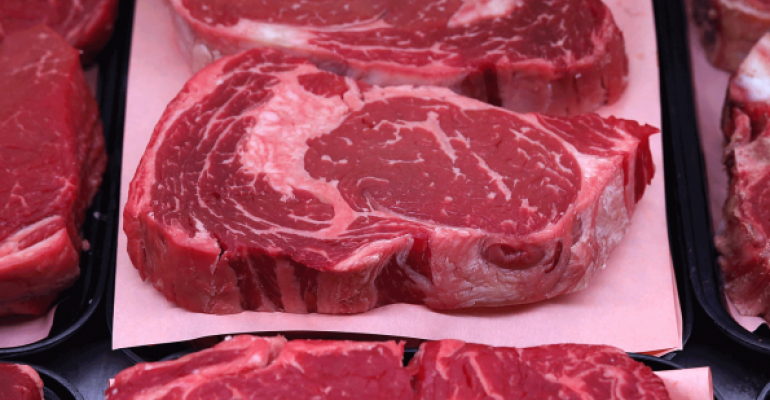 Beef costs expected to fall in the double digits

Low corn prices and supply increases should mean more reductions in food costs in 2017, especially for proteins like beef that are central to many restaurant chains’ spending, according to supply chain management firm SpenDifference.

The lower costs should help restaurants offset higher prices for things like labor and rent — but could continue to make the sales environment more challenging as grocers lower prices and more people eat meals at home.

“2017 is shaping up to be another great year from a commodity perspective,” said DeWayne Dove, vice president of supply chain for the Denver-based company. “When we talk to our brands, that’s really some relief they need, with everything going on with minimum-wage increases and health-care costs. This is really their one lever.”

The biggest decline is expected in beef prices, which fell nicely in 2016 and are expected to fall further in 2017 as more supply comes on the market.

SpenDifference expects overall beef costs to fall by the double digits in the coming year, with ground beef falling 7 to 8 percent and some cuts falling as much as 15 percent.

“Beef has been the nice surprise of the year,” Dove said. There are two big reasons protein costs are falling. First is corn, used to feed many of the animals.

“The key driver is corn,” Dove said. “It’s under $4 a bushel, which is tremendous.” SpenDifference expects corn prices to increase by a modest 2 percent in 2017, to $3.68 for the year.

The other issue is supply. Production for many proteins, and especially for beef, has ramped up. Supply increases bring down prices.

“From a production perspective, we’re up 5 percent this year over 2015,” Dove said of beef. “That’s obviously driven a tremendous amount of supply.”

Food costs have been moderating in recent years after reaching record highs in 2015. The lower costs provide some profit relief for restaurant companies, some of which are seeing their overall commodity costs fall by several hundred basis points. Yet grocers are seeing the same declines, and many are lowering their prices. With restaurants still increasing prices, more customers have been eating at home, rather than dine out. Some are blaming those lower prices for a drop in restaurant traffic in 2016.

Not all food costs are falling. Soy oil is expected to increase 19 percent due to global demand.

The question is whether commodity costs will continue to decline. Dove, for his part, said there’s nothing in the forecast to suggest they will increase in 2018 or later. But a lot can happen in the meantime.

“We don’t see it going anywhere but down,” Dove said. “If we see a course correction or inflationary market, maybe. We could have a major global event. We just finished the election, but there are still a lot of unknowns about what will happen with world trade. Any one of those could trigger an inflationary marketplace.

“But right now, based off the key commodities, restaurants are well protected through 2017.”