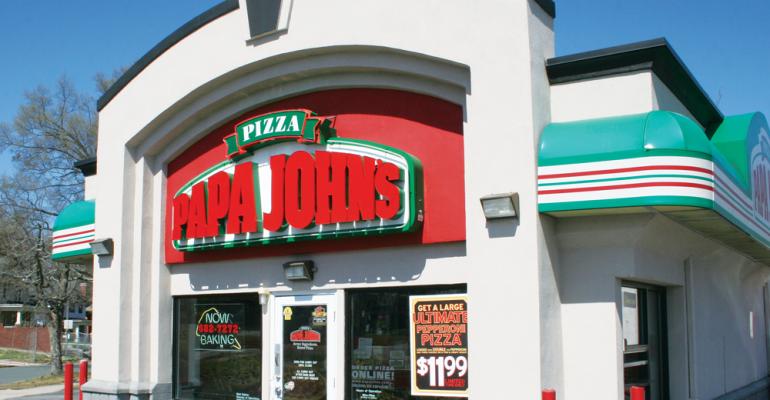 Papa John is planning to stay at Papa John’s.

On Papa John’s International Inc.’s second quarter earnings call on Wednesday, CEO John Schnatter declared that he would not sell any of his 30-percent stake in the company he founded.

In fact, he was dumbstruck by the question of whether he'd sell his stock.

“I don’t understand the question,” he said. And then Schnatter went on a long explanation of his ownership level and a recent airplane purchase while insisting he has no plans to sell stock.

“I have no intention of selling stock,” Schnatter said. “I want more ownership, not less.”

Schnatter said that, over the past couple of years, the only stock he’s sold was for charity purposes, and to buy an airplane.

“We looked at putting the airplane on the books of the company,” Schnatter said. “It didn’t work. It would have hurt financials and hurt the stock.”

But over the past 15 years, Schnatter said, he has sold about $450 million in stock. Therefore, he said, “I don’t need the money.”

“I want to own 40 percent of Papa John’s. Forty percent of a $200 million EBITDA company, that’s crazy numbers, and we have that potential,” he added.

Schnatter’s stake in Papa John’s is probably worth close to $900 million, based on today’s stock price, but it’s a stake that has fallen in value this year. The stock had fallen 16 percent this year entering today’s trading.

The stock increased as much as 12 percent on Wednesday, on news that Papa John’s is borrowing money to buy back more shares, which Wall Street loves more than just about anything.

Wall Street also loves it when insiders put their faith in the company. And few things quite demonstrate as much faith as the founder and CEO declaring publicly that he wants more of his company’s stock.

And Schnatter certainly sounds like a guy who plans to stay at his job for a while.

“It’s not like I’m calling [company president Steve] Ritchie on the weekend. I like having a healthy, sustainable working environment where we can produce great results.”