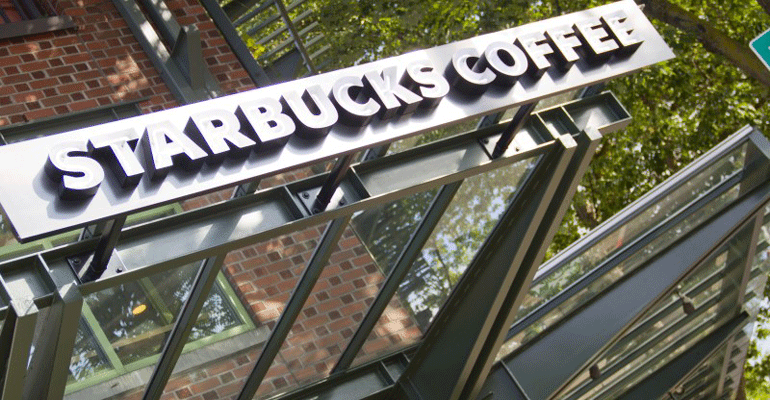 But declining traffic remains a challenge for the brand

Starbucks finished out its fiscal year on a strong note, with global same-store sales up 3 percent for the fourth quarter, driven by improved performance in the U.S., the company said Thursday.

Same-store sales for the Americas and U.S. region were up 4 percent, which CEO Kevin Johnson noted was “our strongest comps in the past five quarters.”

Still, declining traffic continues to be a challenge for the brand. For the fourth quarter ended Sept. 30, traffic was down 1 percent, both in the U.S. and abroad. Sales gains were driven by a 4 percent increase in average ticket, the company said.

She also credited improving in-store task efficiency, so that baristas can interact more with customers.

In addition, Starbucks underscored its ongoing focus on increasing digital engagement, reporting that the number of Starbucks Rewards members grew 15 percent in 2018 to 15.3 million.

“In Q4 we continued to advance our goal of acquiring digital relationships that will allow us to further build customer engagement in the future,” Brewer said.

Starbucks experienced app outages on Nov. 2 in conjunction with its reusable red cup promotion, which gave customers a free plastic red holiday cup when they purchased any holiday beverage on Friday. The outage led to long lines during the first day of Starbucks’ seasonal food and drink menu.

Starbucks addressed the incident on Twitter: “We apologize for the inconvenience. We are working to resolve this quickly. Thank you for your patience!”

On the company's quarterly earnings call, CEO Johnson reiterated Starbucks’ two-pronged focus on growth in both the U.S. and China.

“Accelerating growth in our two targeted long-term growth markets of China and the U.S. acknowledges that these two markets are in very different stages of development,” Johnson said.

He added that while “we still have work to do,” the U.S. market remained focused on enhancing in-store experiences and increasing digital relationships, while China will put most of its efforts into transactions growth.

In China, one of the key aspects to accelerating transactional growth was spurred by the new partnership with the Alibaba Group — one of China’s largest e-commerce companies — which was announced in August and started the rollout of the delivery program to 11 cities in China.

For the fiscal year ended Sept. 30, Starbucks posted revenue of $24.7 billion, up 10.4 percent from $22.4 billion versus the previous fiscal year. Net income for the fiscal year rose 56.6 percent to $4.5 billion. The gain was partially tied to an East China acquisition.

Starbucks opened 604 new stores in the fourth quarter and as of Sept. 30 has 29,324 stores worldwide.