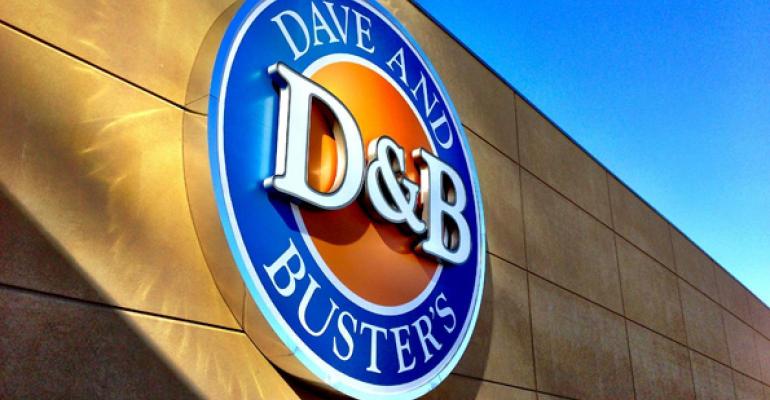 Eatertainment is making a comeback, but Dave & Buster’s same-store sales dipped 0.4% in comparison with 2019

Dallas-based eatertainment company, Dave & Buster’s is slowly improving from the “lost year” of 2020, though sales have been negatively impacted by vaccine mandates, the company said in a third-quarter earnings release published on Dec. 7. Same-store sales increased 1.1% over the same quarter in 2019 if the company excludes stores that have been impacted by vaccine mandates, but including all stores, same-store sales decreased by 0.4% from Q3 2019.

“We’re beginning a new phase of innovation, growth and value creation,” interim CEO Kevin Sheehan said in a statement. Sheehan has been interim since Oct. 2021, when Brian Jenkins announced his retirement. This month is also the last for Dave & Buster’s CFO Scott Bowman, who is leaving the company on Dec. 8. The company has not yet announced a replacement for either position.

“It’s a great brand with significant scale, a passionate team and high-traffic high-volume destination trade areas,” Sheehan said. “We are laser-focused on organic growth. This will be accomplished by optimizing the performance of our existing stores, while continuing to achieve best-in-class returns on our new stores.”

Dave & Buster’s will accelerate its store remodeling program to create more efficient stores and higher traffic for the brand. Currently, amusements sales are up for the brand while food and drink sales are down 17%, despite the company’s recent menu overhaul and addition of seasonal LTOs. The company is hoping that a new rewards program will ramp up participating of loyal guests.

As of Oct. 31, Dave & Buster’s has 143 stores in its portfolio, with one net new store opening during the quarter.