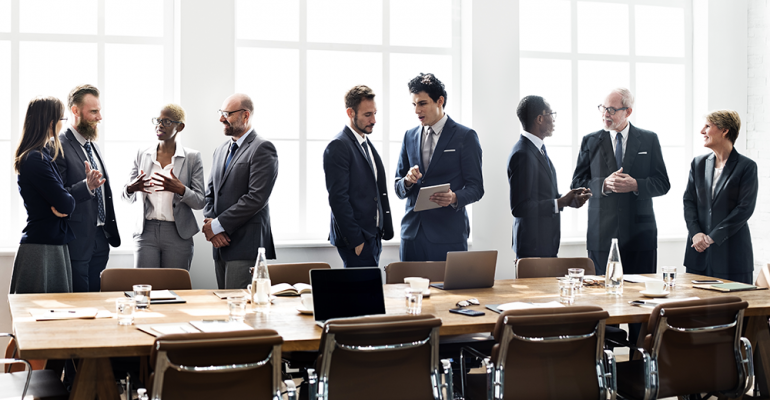 California bill would require corporate boards to include women

California lawmakers are expected to send a bill to Gov. Jerry Brown this week that will require publicly traded corporations based in the state to put women on their boards of directors.

The legislation passed in the state Assembly and returns to the Senate, which approved an earlier version and is expected to pass the measure before the legislative session draws to a close on Friday. The governor will have another month to sign or veto the measure, and he has not indicated his position, according to the Wall Street Journal.

The bill would require a publicly held domestic general corporation or foreign corporation based in California to have at least one female board member by the close of the 2019 calendar year.

The bill would also require the secretary of state to publish reports documenting compliance, and violators will potentially face fines, with a first violation starting at $100,000.

Opponents of the bill have argued that a gender quota could violate the U.S. and state constitutions because it could put companies in a position of turning down a male board candidate solely because of his sex.

In a letter to lawmakers earlier this year, the state’s Chamber of Commerce agreed with the intent of the bill, which is to create more diversity on corporate boards, but disagreed with the mandate.

“Many of our companies are making significant efforts to address and improve diversity in the workforce by focusing on their hiring practices, training, promotion, retention, etc. Our companies are not focused on only one particular classification, but rather all classifications. We believe this comprehensive approach is more productive in addressing diversity than a mandated quota that only focuses on one aspect of diversity,” the Chamber wrote.

Authors of the legislation contend the move will boost California’s economy and improve opportunities for women in the workplace.

California in 2013 became the first state to adopt a resolution calling for more female representation on corporate boards of directors, and five other states have followed suit, according to the bill.

A 2017 report by Board Governance Research LLC found that one-fourth of California’s public companies in the Russell 3000 index have no women on their boards. For the rest, women only hold 15.5 percent of board seats.

The legislation also cites a number of reports indicating that publicly held companies perform better when there are women fairly represented in the boardroom.

Research by Credit Suisse, for example, looking at more than 2,000 companies worldwide found that those with women on the board outperformed comparable businesses with all-male boards by 26 percent on key metrics, including stock performance.

Most publicly traded restaurant companies based in California, however, currently fall short of the bill’s mandate, at least according to listings of their board members on company websites.

The Habit Restaurants Inc., based in Irvine, Calif., has an all-male seven-member board, for example.

Russ Bendel, Habit’s CEO and president, noted that the company has hired a search firm that specializes in board members to add a “high-quality individual” to the current board.

The Cheesecake Factory Inc., based in Calabasas Hills, Calif., has a seven-member board with one female director: Edie Ames, CEO of The Pie Hole chain in Los Angeles.

The eight-member board at BJ’s Restaurants, based in Huntington Beach, Calif., includes one woman: Lea Anne Ottinger, managing partner for LMR Advisors.

Eileen Aptman, chief investment officer for Belfer Management LLC, is the sole female on Del Taco’s seven-member board. Del Taco is based in Lake Forest, Calif.

Chipotle Mexican Grill Inc., which has already endured a board shakeup at the hands of activist investors in recent years, is moving its corporate headquarters to Newport Beach, Calif. by the end of this year. Chipotle has a nine-member board that includes one woman: Robin Hickenlooper, senior vice president of corporate development at Liberty Media and the wife of Colorado Gov. John Hickenlooper.