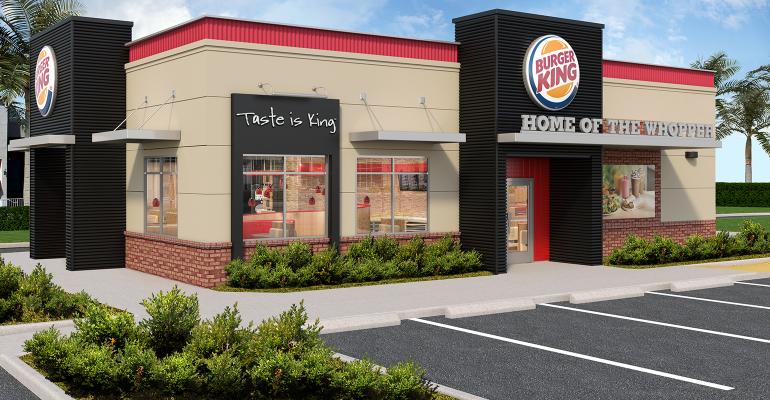 Burger King’s same-store sales rose 4 percent in the U.S. in the third quarter ended Sept. 30 behind a series of innovative products that got customers in the door, parent company Restaurant Brands International Inc. said Thursday.

Same-store sales at Tim Hortons increased 0.3 percent in the period, including a 0.6-percent increase in its home Canada market. But same-store sales declined in the U.S., company executives said on their earnings call Thursday, amid heavy competition.

Similarly, Popeyes’ same-store sales declined 1.8 percent, including a decline of 2.6 percent in the U.S. Executives said competition was the primary factor — something Popeyes has been dealing with all year, and in particular since RBI bought the Atlanta-based chain this spring.

“U.S. comparable sales were hurt by increased competitive activity we saw last quarter,” CEO Daniel Schwartz said on the company’s earnings call. Popeyes’ rivals have intensified their push to generate traffic, notably KFC, which has used $5 meals and a series of innovative ads to generate momentum in the U.S. in recent years.

Popeyes responded with a $5 Box in September and other deals that executives hope will get the company back on track.

But Burger King surged in the quarter, despite intense competition of its own from industry giant McDonald’s Corp. — which earlier this week reported 4.1-percent same-store sales growth in the U.S.

“Our strategy’s been consistent across our brands regardless of the environment,” Schwartz said. “The progress we’ve made at Burger King in the U.S. to work with restaurant owners to renovate restaurants, improve marketing on value and core premium products have been enough to grow sales over time.”

The chain offered a Crispy Chicken Sandwich and a Chicken Parmesan Sandwich during the quarter and new burgers, such as the Mushroom & Swiss King.

The unit count growth came largely in international markets, where the 16,000-unit chain has been notably aggressive since 3G Capital bought Burger King in 2010 and ultimately bought Tim Hortons and Popeyes and created RBI.

For instance, Schwartz said Burger King signed a development deal in India just three years ago, and the chain already has 100 locations in the country. “It’s a great example of the type of growth we look for when we enter new markets,” he said.

RBI wants to replicate that growth with both Popeyes and with Tim Hortons, the latter of which has recently started opening locations in The Philippines and in the United Kingdom and has plans to open locations in Mexico and Spain.

Still, the vast majority of Tim Hortons’ nearly 4,700 locations are in Canada. The chain recently introduced a mobile order app where consumers can order and pay ahead. It also launched espresso-based beverages there and believes that could be a platform for sales in the coming years. It also sees opportunities with expanded lunch products.

Yet the chain struggled in the quarter in the U.S., which the company has been banking on for growth since Burger King bought Tim Hortons in 2014.

“Tims in the U.S. was softer,” Schwartz said. “Look, the environment is quite competitive. But we’re committed to work collaboratively to make this work in the long run.”

As for the 2,800-unit Popeyes, executives said it was “still early” to determine what they’ve learned from the acquisition, which was announced in February in a $1.8 billion deal.

The addition of the chicken chain helped lead to 12.3 percent growth in revenues during the quarter, to $1.21 billion from $1.08 billion. Net income increased 6 percent to $91.4 million.

Earnings per share adjusted for one-time events was 58 cents, up 35 percent from a year ago. The company bested analysts’ estimates for both earnings and revenues, though its stock was roughly flat in midday trading Thursday.