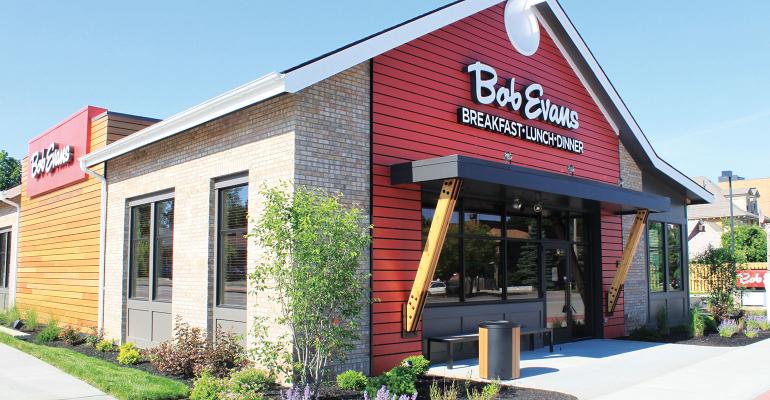 Blog: Packaged food business was simply too profitable to spin off

Bob Evans has steadfastly resisted this idea. Not even a proxy fight, ignited by large shareholder Sandell Asset Management, could get the company to split its two businesses.

“Bob Evans’ restaurant company is trading at a much higher multiple than most restaurants with declining [same-store] sales,” Mohseni said at the time.

In the end, the packaged foods business was simply too profitable to spin off. The restaurants were too big a challenge to continue as a public company. So, on Tuesday, Bob Evans elected to sell its restaurants to habitual big-chain buyer Golden Gate Capital for $565 million.

The multiple that Golden Gate will pay for the restaurant business is “a little north of 8x” cash flow. The 300 pieces of real estate included in the deal likely inflated the value of the business, however.

Set to become a packaged-foods business, Bob Evans Inc. is purchasing Pineland Farms Potato Company for $115 million, while also selling its restaurants. Bob Evans will be owned by a private-equity group known for buying up dine-in restaurants, such as California Pizza Kitchen and Red Lobster.

“The sale of Bob Evans Restaurants allows the company to concentrate on Bob Evans Foods, the fastest growing and more profitable segment of the business,” Mohseni said on a conference call Wednesday morning.

Yet BEF Foods generated $18.7 million in operating income, compared with $13.5 million for the restaurant division.

The restaurant business is not easy. The decision by Bob Evans to focus on packaged foods illustrates this point. Bob Evans Restaurants has 28,000 workers. The food side employs about 1,000. The restaurant side accounted for “most” of the general and administrative spending for the combined company.

The restaurant business is facing profit and sales challenges in the coming months. While the restaurant division has worked hard in order to reverse its same-store sales slide — simplifying the menu, focusing more on breakfast and customer service — consumer demand for chain restaurants, especially dine-in restaurants, remains weak.

Labor costs, meanwhile, are rising amid demand for low-skilled labor. The food cost deflation that restaurants have enjoyed the past two years is likely going to end in the near future. That will make for profit challenges — unless consumers suddenly start spending at chains again.

And the dine-in business is particularly bothersome. Traffic in the casual-dining sector, including family-dining restaurants like Bob Evans, has been down 21 of the past 22 months, according to MillerPulse. That includes an awful, 5.3-percent decline in December.

Meanwhile, packaged foods companies are simply more valuable than casual- and family-dining restaurants and, frankly, the difference is not particularly close.

As if to illustrate this, investors wildly cheered news of the sale. The stock skyrocketed more than 25 percent on Wednesday, surpassing $60.

That was an all-time high for the stock.