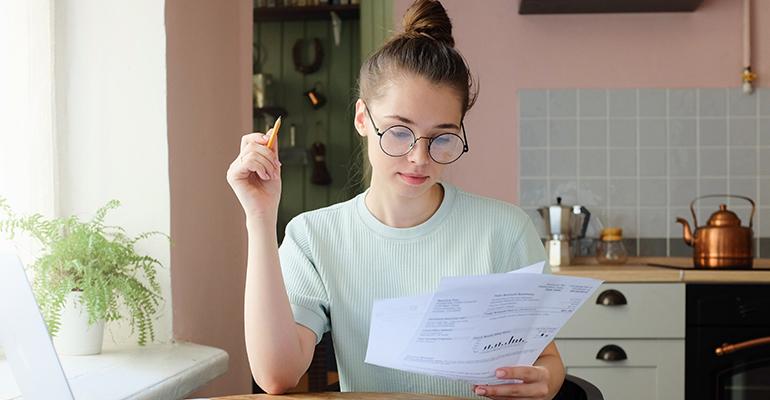 How women can close the gaps to raise money and scale 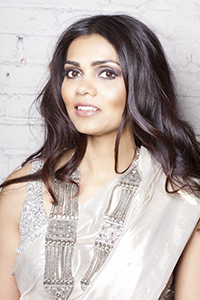 Rohini Dey is a former World Bank executive and McKinsey & Co. consultant and the restaurateur behind Vermilion in New York City and Chicago. She is a trustee of the James Beard Foundation and co-founded the JBF Women’s Leadership and the Women’s Entrepreneurship Leadership programs. In addition, Owning It forums across six cities aim to expose women to external finance models and skills, and webinars. Rohini is also the mother of two daughters, whom she’ll aggressively steer away from this industry. This article does not necessarily reflect the opinions of editors or management.

We’ve seen this across every industry for women to the point of exhaustion — the lack of leadership, the thinning at the top. The culinary “gastro ceiling” is especially appalling with less than 7% leading women executive chefs (according to Bloomberg), zero S&P 500 restaurant industry CEOs, and a paucity of stand-alone women-owned restaurant groups.

Given that over half of culinary/hospitality students are women, scholarships and more education will not make a dent in parity. It’s not a lack of entrepreneurial spirit either — according to the National Restaurant Association, 40% of restaurants are women-owned businesses, or WOB, and startups by women are growing much faster than the industry overall.

Unpeeling the numbers, though, reveals the grim reality that 96% of WOB do not cross $1 million in revenue. Fewer than 8% seek external financing, and when they do, it’s primarily from friends and family, and they raise half the money that men do.

Women receive less than 4% of Small Business Administration loan dollars, and less than 2% of venture capital dollars. The crux of the bottleneck to women’s entrepreneurial ambitions is this paucity of finance leverage, which then causes a vicious cycle, putting her ability to scale even further out of reach.

Unless women get comfortable with seeking and raising money to finance their ambitions, they will be limited to subscale fringe businesses, for the same amount of toil. To raise external financing and be successful entrepreneurs, however, women have to vanquish three areas. I term this the dreaded “gap trifecta.”

The confidence gap can be overcome by women learning to pitch themselves, asking for more, not apologizing or overly using qualifiers, not phrasing comments as questions, not letting others take credit for their ideas and work. Speak up. Be front and center.  Practice mini-asks and mini-sells every day. And above all, actively seek mentors and build support networks.

These are all muscles that can be developed formally through investing in public speaking and negotiations coaching. Confident women will run the almost-certain risk of being “unlikable,” but that’s far more preferable than being doormats to pave the way for someone else’s success. And confidence is a prerequisite for entrepreneurship.

Practicing the aspiration-stretch muscle means actively seeking responsibility, diving for risks, getting into the core, claiming ownership of your sphere, creating opportunities to grow. In culinary, it’s learning to own the kitchen, including learning all managerial facets. It’s thinking like every manager and the owner. Surround yourself with people who spur you on, hold you accountable for your own progress (even rivals) and support you.

However, as entrepreneurs, women have to speak the language of bankers, financiers, investors, and lessors. They must be able to talk costing with a myriad of vendors, as well as contracts. It is virtually impossible to raise money — let alone master the discipline of running finances to operate a business — without financial literacy.

Fortunately, this can be mastered in today’s world through the myriad of Women’s Business Centers, accelerators, incubators, or entrepreneurial courses offered in every city. There is a wealth of resources to overcome this handicap. At a minimum, learning invested-capital, profit-and-loss, balance-sheet and cash-flow statements are key.

I would endorse all women actively invest in these three skill sets up front. Financially savvy, self-confident women, aspiring for scale with external financing will be unstoppable. Something wonderful is afoot in today’s zeitgeist. To make it irreversible and make it really count, now is the time for women to seize our half of the sky.

That being said, it would be foolish to think that asking women to “Lean In” is the complete solution, in culinary or any industry. Current misogynist U.S. policy that enables the financial sector to get away with its dismal lending record to women is unacceptable. I see no reason the SBA can’t be mandated that at least a third of their loan guarantees go to WOB, even if it means easing collateral terms. Policy should also incentivize commercial lenders and venture capital/private equity to do the same with their loan dollars.

In tandem, our culinary industry and especially all good men will have to step up and eradicate what Tom Colicchio and Anthony Bourdain famously called the “d*** culture” and “meathead culture,” respectively.

Many argue for a bottom-up solution of livable minimum wages and parental-leave benefits as the answer. While that is valuable, only a top-down women-ownership-and-leadership model will systemically jolt us out of our two centuries of inexcusable glacial progress and improve our industry for the better.

Feel passionate about a topic? Restaurant Hospitality welcomes the input of restaurant operators who would like to speak out about the industry. Contact Lisa Jennings at [email protected]