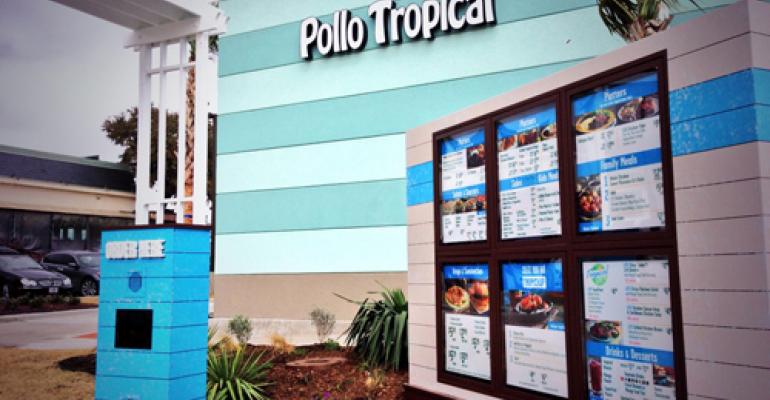 JCP Investment Management LLC nominated three people Monday to the board of Fiesta Restaurant Group Inc., complaining about the decline in value at the owner of Pollo Tropical and Taco Cabana in recent years.

The nominations promise a proxy fight at Dallas-based Fiesta.

JCP said it has tried to reach a resolution with Fiesta, but the board and management team “have refused to engage meaningfully with us, leaving us little choice but to nominate a competing slate of director candidate.”

“JCP is concerned by the massive decline in value that Fiesta stockholders have suffered over the past several years,” the activist said in a press release.

The move by JCP, which first indicated its activist investment in September, continues what has been a tumultuous several months at Fiesta, which has closed restaurants, seen its CEO go and announced plans to sell Taco Cabana, only to pull them back.

Fiesta was once a highly regarded company on Wall Street. It was spun off by Burger King operator Carrols Restaurant Group in April 2012, and quietly enjoyed a strong run that saw its stock price go from $12.50 per share to more than $60 per share by March 2015.

But since hitting an all-time high of nearly $67 per share that month, Fiesta’s stock has tumbled, losing more than half of its value.

A handful of issues have dogged the company in the past couple of years. The biggest was the failure of Pollo Tropical in Texas.

In 2014, Fiesta opened its first Pollo Tropical unit in Texas, hoping to make the company’s headquarters state a major market for a chain that had been wildly successful in Florida, Georgia and Tennessee.

But that didn’t happen. The restaurants struggled, far from a market where consumers best know its Caribbean menu. In October, the company closed 10 locations, eight of them in Texas.

“A prime example of stockholder value destruction is the board’s misguided decision to allocate more than $70 million for Pollo Tropical’s failed expansion into Texas,” JCP said in the release.

Back in February, the company announced plans to split the chains into two. By September, Fiesta scuttled that plan, saying that, “continued brand ownership is in shareholders’ best interest.”

That came a month after Fiesta announced that CEO Tim Taft would retire by the end of the year. Danny Meisenheimer has been interim CEO since September, while the company looks for a permanent chief executive.

JCP said since Taft’s departure, “stockholders have been left with a company without a permanent CEO that is being run by a board with minimum share ownership and scant restaurant operating experience.”