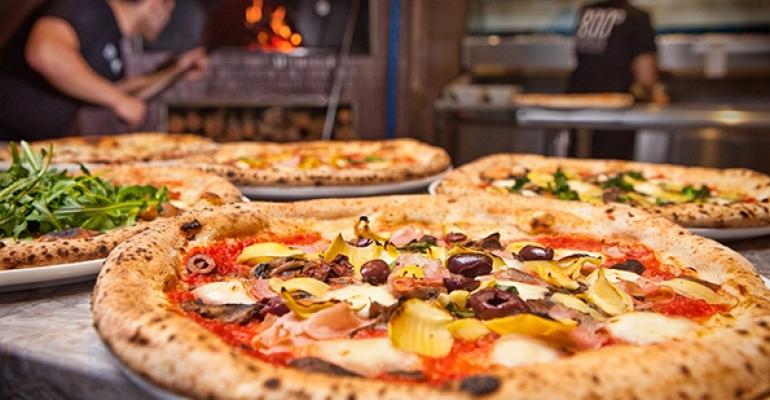 800 Degrees Neapolitan Pizzeria received a new investment Tuesday and hired an experienced CEO in its bid to grab a larger slice of the growing fast-casual pizza pie.

The Los Angeles-based chain has received an investment from Murfey Ventures, a Cleveland-based private wealth fund.

“It’s great for us,” 800 Degrees founder Anthony Carron said in an interview. “We’re young. We’re [four and a half] years old. We’ve grown really fast. But there’s a big difference between running one restaurant and 13, which we have now, and 50. You need all the systems to be in place for that.”

With Overholt in the CEO role, the chain is “going to take some time and really focus on all the operations” to make sure they’re in place, Carron said.

Restaurant chains have been attractive investments for private-equity firms and, increasingly, venture capital firms hoping to ride the growth of a young concept in its early stages.

It’s also not the first investment round for 800 Degrees, which received $7 million in financing in 2013.

With Overholt and Berkowitz aboard, and armed with this latest investment, 800 Degrees plans to grow more aggressively through a combination of franchising in the U.S. and internationally, along with company-owned locations.

Carron, who is 800 Degrees’ chef and chief brand officer, said the company plans to expand with company-owned locations in its home market of Southern California, and franchising elsewhere in the country.

“They said, ‘Why don’t we do that?’” Carron said. “It took nine months to put the deal together.”

Carron, who spent his career working with fine-dining operators, founded the chain in 2011, after seeing numerous interesting pizzerias pop up across the country. 800 Degrees has grown relatively quickly since the first restaurant opened in Los Angeles.

“I’m happy to turn over the nuts and bolts to Steve and Scott,” Carron said. “I’ve been a chef in fine dining my whole career. I get to spend more time in the kitchen and refocus on the food and the brand.”