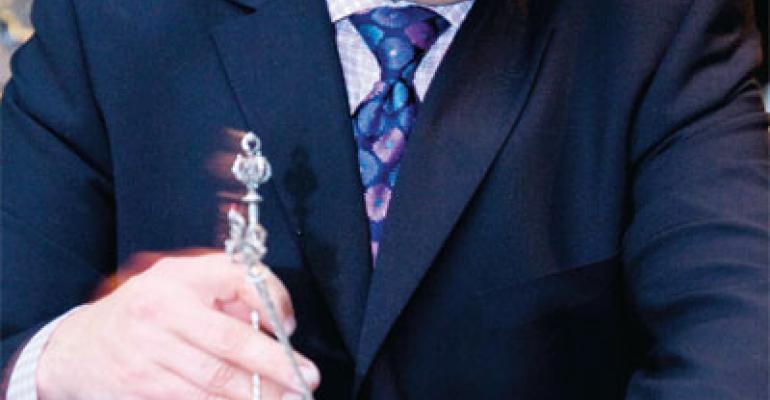 Over the past several years, many restaurant operators have discovered that a really skillful and amiable bartender not only can help to fuel bar and lounge sales, but also can serve as an initial goodwill ambassador for the restaurant early in the dining experience. Todd Thrasher, restaurateur, sommelier and bartender, owns a trio of establishments within six blocks of each other in Alexandria, Va.: PX, a 30-seat cocktail bar; Majestic, a bar/restaurant; and the fine dining Restaurant Eve.

Thrasher offers some insight on the importance of employing a good bartender:

How do you define excellence in a bartender?

First and most important, it’s not just bartending; it’s the hospitality business. You have to be a nice person. You have to have a good demeanor and be hospitable to people. You go to any amazing bar in the world, and no one is going to know every cocktail that’s ever been invented. Excellence just has to be making people feel at ease.

Training for my bartenders covers the basics for starters, and then we get them a little more involved in technique. But what I look for most from my bartenders is, are you a nice person? And are you going to be able to be nice to every guest who comes through the door when you’re extremely busy in the middle of a Friday night, you have 15 cocktails on the board, and you’re by yourself?

What is the difference between a bartender and a mixologist?

A bartender is the guy who comes in five or six nights a week slinging drinks. As for that terrible word, mixologist, there are so many consultant mixologists out there that will just write a recipe, charge someone x amount of dollars, and [tell them,] “Now you have a mixology program in your chain restaurant.” That’s the main difference. I think a lot of mixologists aren’t really behind the bar as bartenders. There are exceptions, but for the most part now, it’s almost a separate thing; you have bartenders and mixologists.

How important is excellence for a bartender? Why not just competence?

You mean mediocrity? They don’t mesh for me. There is no competence; there’s either mediocre or excellent. I don’t think it has anything to do with bartending. It has to do with being a person. If you’re going to be a bartender, would you rather be that person who just makes cocktails and waddles through life? Or do you want to be a bartender that people really want to talk about and say, “Oh my God, what’s going on there?” That’s what it is for me.

How can a restaurateur help his bartender move from competence to excellence?

Teach him more about hospitality. Teach him more about the service aspect. I got my start with “Mr. Boston: Official Bartender’s Guide.” That was my first bartending gig. They said to me, “Have you ever tended bar?” and I said, “No, but I have a book.”

But I was a nice person. People are going to hate me for saying this, but anyone can read a recipe and put a drink together. Not everyone can be a bartender. Not everyone can be hospitable to people, make everyone feel welcome, make a cocktail at the service end and still hold a conversation at the other end of the bar. In my opinion, that’s what makes an excellent bartender.