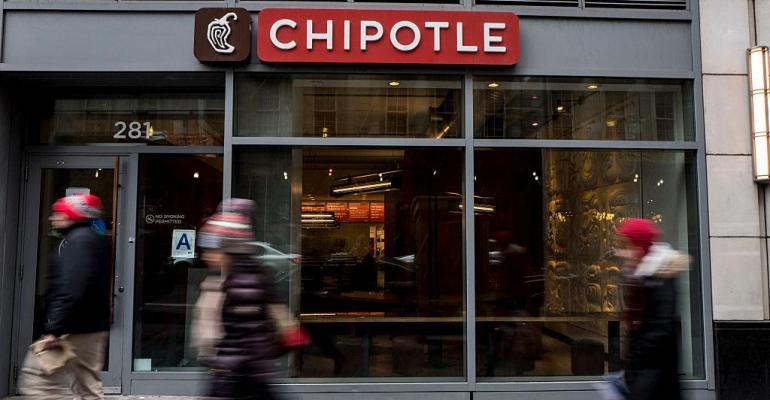 Chipotle Mexican Grill
Will the next wave of unions be seen at Chipotle?
News>Fast Casual

Move follows effort in Maine to organize there in June

Workers at a Chipotle Mexican Grill location in Delta Township, Mich., near Lansing, filed a petition with the National Labor Relations Board to unionize last week.

First reported by Lansing City Pulse, the petition by a local Teamster’s chapter follows a similar move in June, when employees at a Chipotle restaurant in Augusta, Maine filed for a union election. In New York City, the Service Employees International Union is also pushing to organize Chipotle workers there.

Laurie Schalow, Chipotle’s chief corporate affairs officer, said in a statement that the company received notice of the petition from its staff in Lansing last week.

“We respect our employees’ rights under the National Labor Relations Act and are committed to ensuring a fair, just and humane work environment that provides opportunities for all,” she said. “We encourage our employees to contact us immediately including through an anonymous 800 number, with any concerns, so we can investigate and respond quickly to make things right.”

The effort at Chipotle follows a wave of union organization within the Starbucks chain, which now includes more than 170 locations that have organized to date, with another 150 or so more hoping to organize, according to Wall Street analyst Mark Kalinowsky of Kalinowsky Equity Research in a July 10 report.

Unions have struggled to take hold in the restaurant industry historically in part because workers tend to be transitory. However, both Starbucks and Chipotle have become attractive targets for organizing because both chains are largely company owned across the U.S. — Starbucks owns about 9,000 units domestically, and all of Chipotle’s 3,000 units are company owned.

Both brands also have cultivated reputations for being progressive in their approach to labor, offering generous benefits, though tensions remain.

In Maine, for example, workers reportedly complained of inadequate staffing and training. The Newport Beach, Calif.-based chain has also faced lawsuits in New York City for violations of Fair Work Week laws, and SEIU efforts have focused on scheduling issues

Schalow, in her statement, however, noted Chipotle’s industry-leading benefits, including tuition reimbursement up to $5,250 per year, healthcare coverage and quarterly bonuses for all employees. Last year, the company paid about $37 million in bonuses to workers, and the company boasts of career-advancement opportunities that can allow employees to reach salaries of $100,000 in less than four years.

Still, for Starbucks so far, the unionization effort appears to be “more of a headline risk” than something that concretely impacts financials, Kalinowsky wrote.