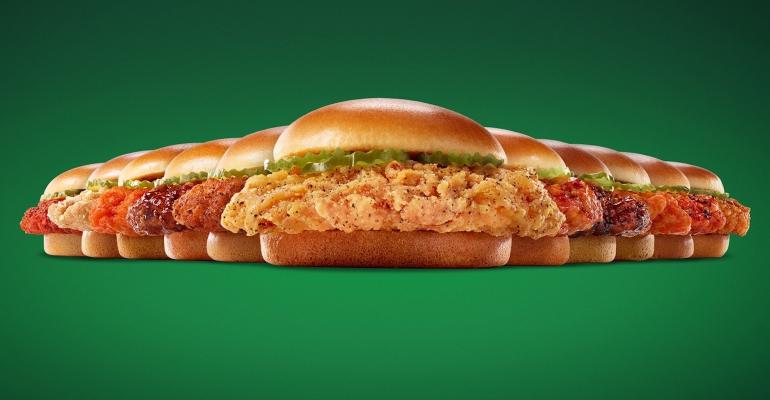 The announcement came a day before the chicken wing concept was scheduled to hold an investors’ day Tuesday at its headquarters in Dallas.

The 60 restaurants offering the new sandwich for a limited time were in: Columbus, Ohio; Fresno, Calif.; Las Vegas, Nev.; and Orlando, Fla.

The wing chain was using its selection of flavors to distinguish the chicken-breast sandwich from competitors, offering the protein with 11 options. It was being served on a toasted bun and with a pickle.

The company also suggested dunking the sandwich in the brand’s signature ranch dressing.

“The Wingstop Chicken Sandwich can be hand sauced-and-tossed in fans’ favorite flavors, ranging from sweet to super spicy, and everything in between,” a spokesperson said.

The company in the four test markets was offering a limited-time promotion of a free sandwich for delivery orders via its website or on the Wingstop smartphone app.