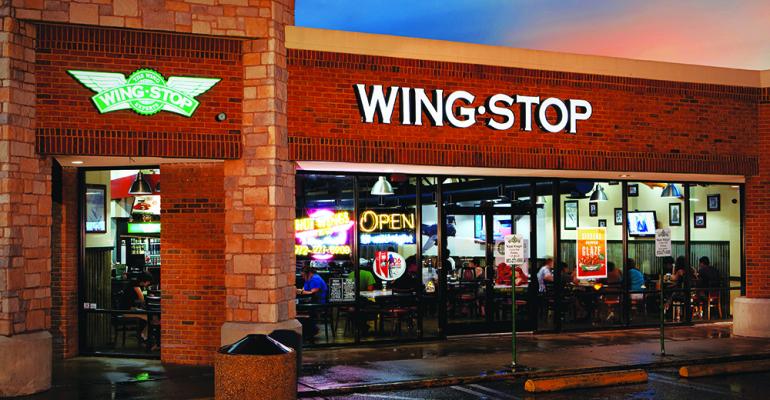 The Dallas-based chicken wing brand is “well on our way to digitizing every transaction,” said Charlie Morrison, Wingstop CEO and chairman in a first-quarter investors call. The 30% mark was about 640 basis points over the same period last year, he said.

“We launched our new consumer-facing web and app at the beginning of the first quarter,” Morrison said, “and we are seeing best-in-class app ratings and an over 3-percentage-point improvement in guests visiting our digital properties and then converting to an order.”

Morrison added that the company believes technology is “the right area” for investment and innovation. Digital orders also carry a $5 higher average check than traditional tickets, he said.

“The increase was primarily due to the 10% inflation we saw in bone-in wing prices and the increase in contribution rates to our national ad fund from 3% to 4% beginning in fiscal year 2019,” Skipworth said. The company also saw increases in labor and other operating expenses as well as repair and maintenance on three Kansas City, Mo.-area restaurants it acquired last year.

Skipworth said the company typically sees seasonal deflation in wing prices in the first quarter, but demand this year continues to be strong.

“We also believe there has been pressure on the overall wing supply as chicken suppliers have struggled with bird weights through the first four months of the year,” he said. “As fresh wings are sold in the market in 40-pound cases, it is taking more birds to fill the 40-pound case requirement and putting pressure on the wing prices.”

Smaller wing sizes eased some of the inflation impact, Skipworth noted, “since our menu is built around piece counts.” The wing inflation outlook is about 15% for the year, he said.

Morrison said Wingstop is testing in several U.S. restaurants new operational changes adapted in the brand’s first London restaurant that reduced ticket time averages to six to eight minutes from the current target of 16 to 21 minutes. He said the company was “encouraged” by the early phases of that test.

“We think that adds capacity to the restaurant, [but] it still has to be proven,” he said. “We do believe that there are some advanced cooking techniques and platforms that can help us with that.”

Wingstop’s continued to expand its delivery platform in the first quarter as well.

Andy Barish, an analyst with Jefferies, noted that the delivery rollout is on track for 50% of stores by mid-year and 80% by year’s end.

Morrison said the company prefers orders come in through its new app and web channels. The company has an exclusive delivery program with DoorDash, and the mix generally runs two-thirds from the company’s own channels and one-third from DoorDash, “although it is 50/50 during periods of DoorDash promos,” he said.

The company is not yet promoting delivery in its national advertising campaign, Morrison said. “There might be a tag or two to a TV spot, but for the most part of this year we’re going to hold off on delivery-focused messaging and use that as part of our opportunity for 2020 and beyond,” he said.

“This is a 7.1% comp on top of a 9.5% comp in Q1 last year,” Morrison said. “This same-store sales growth is a testament to the effectiveness of our long-term strategies of driving same-store sales growth via growing brand awareness and innovation, maintaining best-in-class unit economics for our franchisees and continuing to expand our global footprint.”

As of March 30, Wingstop had 1,273 restaurants, including 1,141 restaurants in the United States. The company owns 29 and franchises the remainder. Wingstop has 132 franchised restaurants open internationally, which its first in France that is expected to open “shortly.”