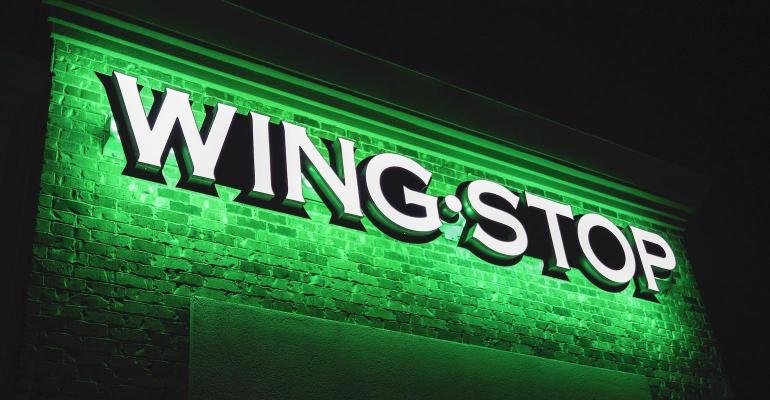 Wingstop Inc.’s digital sales soared past the $1 billion mark systemwide in the pandemic year of 2020, the company said Wednesday, which gives the brand strength as it sees virtual-brand wing concepts pour into the market.

The Dallas-based fast-casual brand said systemwide sales were $1.95 billion for the fiscal year ended Dec. 26, compared to $1.52 billion in the prior year.

“Our digital business represented about 40% of total restaurant sales at the start of the year and has now grown to more than 60% of sales and has sustained above this level the last three quarters, pointing to the stickiness amongst our new digital guests,” said Charlie Morrison, Wingstop’s CEO, president and chairman, on a fourth-quarter earnings call Wednesday.

“Guests that use us for delivery are typically new to our brand, representing a great growth opportunity for the future,” he said. “In 2020, our database of digital users has now expanded to more than 20 million guests.” That, in turn, will help consumer engagement efforts, Morrison said.

“Our personalized one-to-one marketing will play a bigger role to quickly generate repeat orders from the increasing number of new digital guests as well as continue to increase frequency amongst our core fans,” he said.

Digital is a strength for the Wingstop brand, Morrison said, as it sees casual-dining companies from Applebee’s with its Cosmic Wings to Brinker International Inc. with Its Just Wings nose into the chicken-wing space.

“We believe that having a robust digital infrastructure already in place, a proper delivery partner, have more to do with the strength of this business and the strength of the brand than anything else,” Morrison said. “We love selling chicken wings, but all we think that's doing is impacting the commodity costs, which, as we've seen over the many years we've been doing this, rise and fall with what I would call competitive intrusion.”

“Even as you think about the inflationary prices we're seeing in wings right now, the profit dollars that our brand partners are enjoying are up year-over-year, which is really kind of – you don't take percents on the P&L to the bank. You take dollars,” Skipworth said. “And so, that's what we're focused on when we look at the economics and the overall return.”

For the fourth quarter ended Dec. 26, Wingstop swung to a loss of $6.4 million, or 21 cents a share, on special charges from a profit of $3 million in the same period last year. Revenues increased 19% to $63.3 million from $53.2 million in the prior-year quarter.

“As with most global restaurant brands, the impact the pandemic has had on international operations is greater than what we've seen in the U.S., particularly since a majority of our international restaurants had a higher concentration of dining room sales,” Morrison said.

“Despite the challenging circumstances, we still opened 25 net new restaurants across five countries and had only one closure,” he said.