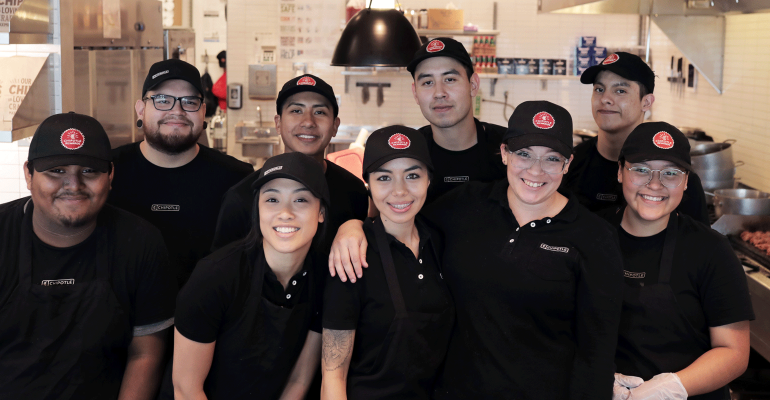 Over the years, Chipotle Mexican Grill has offered several perks to recruit and retain hourly employees in an ever-increasing tight labor market.

Perks include a $5,250 annual tuition assistance program and an end of the year cash bonus for eligible hourly employees. This week, the Newport Beach, Calif.-based fast-casual chain tacked on another benefit: quarterly cash bonuses for workers who help restaurants meet sales and cash-flow targets.

Here’s why this move is a gamechanger in the industry, according to interviews with Chipotle and industry analysts.

While bonuses tied to individual restaurant performance aren’t new in the industry, those types of perks are typically reserved for management, not hourly workers. It is especially rare in the quick-service sector, industry experts say.

“We’ve seen some similar plans on the casual-dining side, especially relative to alcohol sales, but nothing really like this on the QSR side,” said Bev Cain, president of market research firm Sandelman & Associates.

Amy Cohen, past president of the Chain Restaurant Total Rewards Association, said Chipotle’s cash-bonus program is an industry leading move that could spark more chains to implement creative incentives to attract and keep workers. The rewards association is made up of human resources professionals in the restaurant industry. 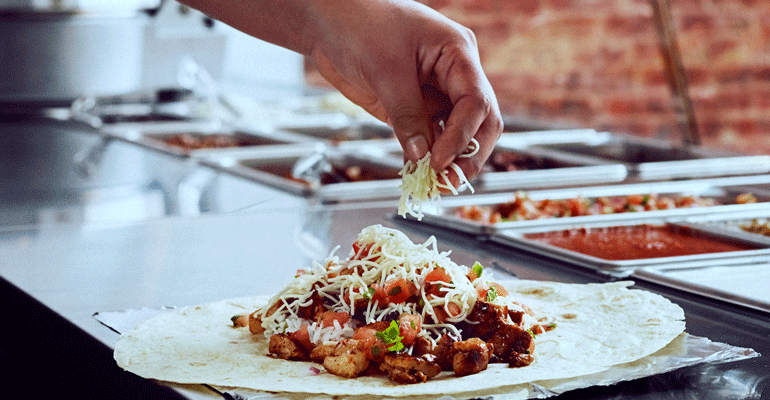 Cohen, who is the Total Rewards Director at Broomfield, Colo.-based Noodles & Co., said it is important for chains to test the ROI, or return on investment, for cash-incentive programs before a national rollout.

“It is a large expense,” she said.

Noodles & Co., for example, has been testing a bonus program centered around customer service. But the program, which pays monthly, is only in a few markets.

Chipotle did not provide an estimate of how much the hourly cash bonus program will cost the brand.

Scott Scansen, senior director of Total Rewards at Chipotle, told Nation’s Restaurant News that it is too early to estimate such costs as the total number of restaurants meeting the cash-bonus criteria won’t be known until mid-July after the end of the second quarter.

Hourly workers need to be employed in the restaurant for the full quarter to be eligible for the bonus. To qualify, Chipotle said restaurant teams must meet certain criteria related to sales, cashflow and throughput goals.

Cain called the cash-flow criteria an unusual benchmark to apply to an hourly employee.

Chipotle, however, said that hourly employees can help restaurants meet cash-flow goals “by executing our fundamentals and delivering great throughput,” which ultimately means serving more customers in the same period of time .

“That’s how the team wins together,” the company said.

Are restaurants judged by the same standards?

Each Chipotle restaurant will be measured by individual standards based on “what we think their potential is,” Scansen said.

That means, multiple restaurants, which on average employ about 31 hourly workers, could qualify for the quarterly cash bonuses.

This strategy levels the playing field for restaurants in smaller markets, where the foot traffic and sales volume are far lower than a big city location.

Is Chipotle’s turnover rate above average?

In 2018, Chipotle’s annual turnover rate for all hourly employees (including crew, kitchen and service managers) was 144.9%, according to the company’s Sustainability Report, released in April.

“I can tell you that 145% is not that out of line with the industry median, but is on the high end,” she added. 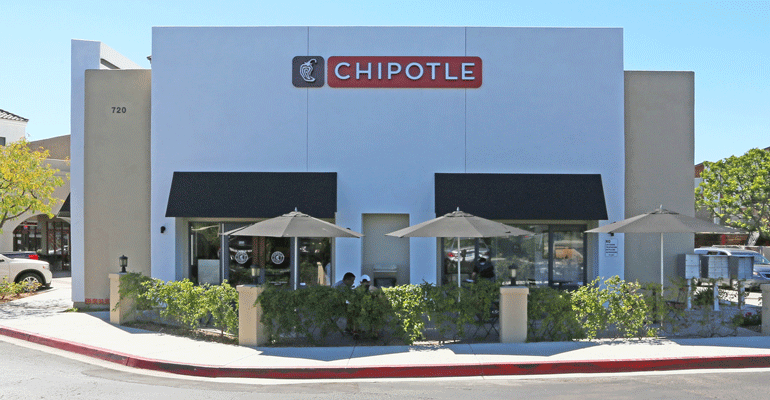 Teenagers were once the go-to demographic for the quick-service industry.

But lately, chains are struggling to motivate the Letter Generation.

According to the Pew Research Center, “even though there are more working-age teens today than in 2000, far fewer of them are in the labor force.” In a July 2018 report, the center estimated roughly 5.7 million teens were working in June, down from 8.1 million in May 2000.

Restaurant analyst Tim Powell said Chipotle and other chains not only face a tight labor market, but they are also challenged by a new generation of workers who have a different work ethic.

“What’s worse is Gen Z and younger millennials are ghosting employers — leaving jobs without a trace when something better comes along,” said Powell of Q1 Consulting in Chicago.

When asked about the reasons for employee turnover at Chipotle, Scansen did not cite ghosting.  However, he referred to Generation Z as an “elusive” employee.

“We see them jumping from here to there,” he said.

As such, they are “not as loyal” and that’s why Chipotle is “designing” incentives to retain them, he added.

Update June 27, 2019: This story has been edited to update the number of hourly employees per store.