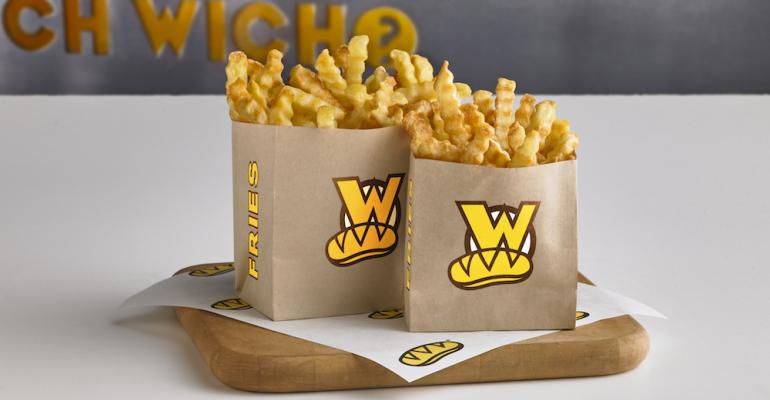 Which Wich to roll out fries

Founder and “chief vibe officer” Jeff Sinelli said operators were installing Perfect Fry machines, which don’t require vents, in their restaurants to produce the crinkle-cut fries starting in mid-July. He declined to share the cost of the fryers.

The fries will be served with a choice of the chain’s signature Wich Sauce or house-made buttermilk ranch dressing. The price of the fries will vary by location, but the price suggested by the franchisor is $2.50 for a regular and $4 for a large.

Noting that other large sandwich chains — such as Subway, Jimmy John’s Gourmet Sandwiches and Jersey Mike’s Subs — do not offer fries, Sinelli said in a statement that the chain liked veering from convention and was devoted to improving their customers’ experience.

“Everything we do and every decision we make is based on our guests and how to keep enhancing the Which Wich experience for them,” Sinelli said. “Our new French fries give guests another reason to enjoy Which Wich, and we have much more in store in the future to keep pleasing taste buds across the country.”