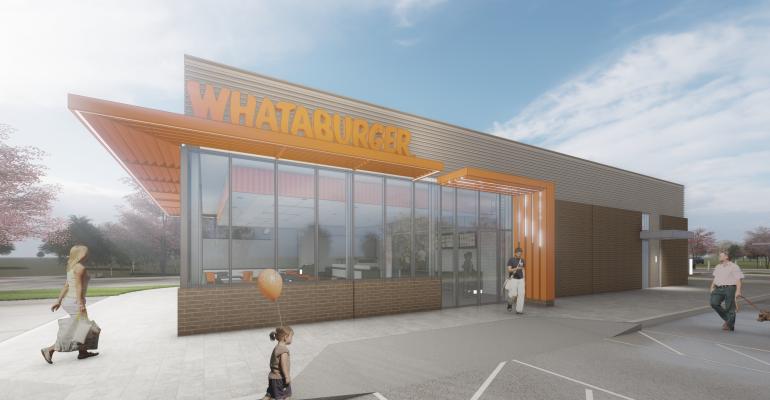 Whataburger gives a peek at its future look

As it begins to relaunch a franchising program, Whataburger Inc. this month pulled the wraps off what it sees as the look of its future.

San Antonio, Texas-based Whataburger Inc., which a year ago sold a majority stake to a Chicago-based private equity firm, shared a number of renderings of its plans for a refreshed look at its website and revealed plans to begin franchising again.

Company officials said the brand was looking to expand to the new markets of Tennessee and Kansas City, Mo. Whataburger said it hadn’t offered new franchised units in about 20 years.

“We don’t have specific details to share about plans for any particular city at this time,” said James Turcotte, Whataburger’s senior vice president for real estate, in a statement, “but will be happy to share when the time is right.”

In the most recent Nation’s Restaurant News Top 200, Whataburger ranked No. 32 among chains in U.S. systemwide sales with $2.56 billion in the fiscal year ended in December 2019, up from $2.42 billion in the preceding year.

The company had 830 units at the end of 2019, including 703 company-owned and 127 franchised. Whataburger has restaurants in 10 states and plans to add about 15 new units this year.

With the announcement of a new franchise program, Whataburger released renderings of what it called “a new look for our restaurants to better serve our guests, increase our capacity, and continue to deliver the quality food and friendly customer service our customers expect from us.” 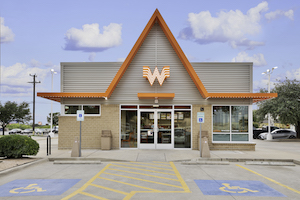 In new restaurants and remodels, the company said it was seeking to reduce its environmental impact with light-emitting diode illumination and more efficient equipment. Pictured at left is an existing unit, which features aspects of the brand’s iconic A-frame unit construction, in San Antonio, Texas.

“More restaurants will feature elements of this new look soon,” the company said. “The remodels will vary based on the needs of each location, ranging from kitchen and exterior upgrades in some restaurants to major updates in others.”