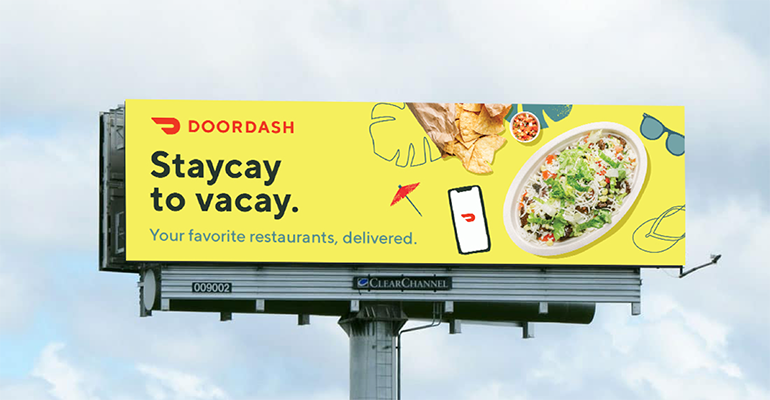 The brand’s DoorDash partnership has become a key business strategy

Chipotle Mexican Grill stunned Wall Street and its green-with-envy peers when the fast-casual company reported near double digit growth in same-store sales and a 100% increase in digital sales during earnings last week.

What was the magic formula?

As soon as he started at the struggling chain last March, Niccol accelerated the company’s partnership with DoorDash. At the time, the San Francisco-based third-party delivery company was powering catering orders on Chipotle's app. That expanded quickly to fully integrated doorstep delivery through DoorDash’s app a year ago today, followed by direct delivery through Chipotle’s app.

Specifically, off-premise sales powered by DoorDash have grown 1,500% year-over-year since it began working with DoorDash.

“Our focus on digital and delivery stems from the evolving needs of the modern consumer,” Chief Marketing Officer Chris Brandt said in a statement. “By working with DoorDash, we’re able to provide a frictionless delivery experience that brings Chipotle’s fresh, real food straight to your door. This partnership has ultimately helped Chipotle create a digital access point that is unparalleled in both speed and convenience in the industry.” 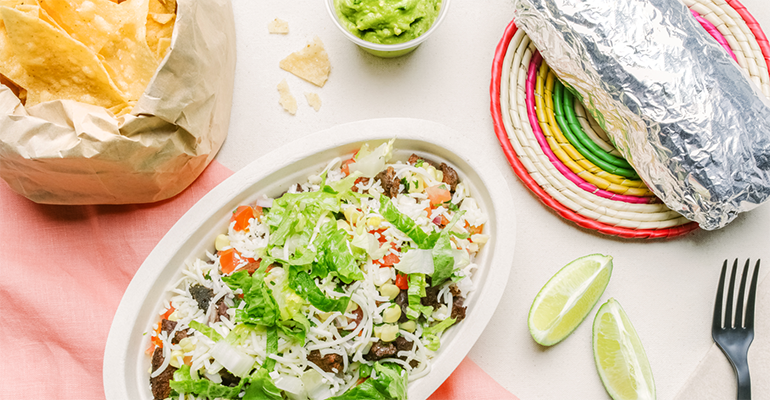 The companies are marking the one-year anniversary of their national delivery partnership, which has grown to 2,200 restaurants, with a free guacamole and chips promotion today, April 30, for orders made through the DoorDash app. On Cinco de Mayo, the celebration continues with free delivery on orders of $10 or more placed through DoorDash or the Chipotle app.

Chipotle customers have proven to love these types of promotions, which have been ongoing over the past year.

“Our customers freak out on free delivery,” said Tressie Lieberman, vice president of digital and off-premise for Chipotle.

Lieberman, who worked for Niccol and Brandt when the trio all worked at Taco Bell four years ago, said Chipotle has been focused on making delivery a magical experience for guests by offering incentives like free delivery or adding online only meals like Lifestyle bowls.

That task gets easier as the brand has earned a reputation for speedy delivery.

Chipotle delivery times are clocking in at 28 minutes, among the fastest of any restaurant on DoorDash, the delivery operator said. By comparison, in its recent IPO filing, Uber said the average delivery time for Uber Eats was approximately 30 minutes.

Still, depending on the location of a Chipotle, consumers might see a foil-wrapped burrito arrive much earlier than the average.

The other day, while in the elevator of the company’s Newport Beach office tower, Lieberman ordered the new Whole30 lifestyle bowl for delivery. She estimated she would get the food shortly after arriving home within 10 or 15 minutes.

“It beat me there,” Lieberman said. “My husband was able to intercept it.”

Chipotle credits the speed and order accuracy of delivery to a variety of factors.

Before rolling out nationwide delivery, the company spent a few years building the infrastructure needed for success including installing second make lines.  Those second assembly counters are now being enhanced with digital screens that light-up to show only the ingredients needed to make an incoming order.  The tech-enabled second make lines are in about 1,300 restaurants. A complete roll out is expected by the end of the year.

All restaurants are now equipped with shelving so DoorDash drivers and consumers can quickly fetch to-go orders without going to the cashier.

Chipotle, which operates 2,504 locations, is also one of the few national restaurant players taking advantage of DoorDash’s full suite of delivery options including DashPass and Drive.

Drive is a white label product that allows Chipotle to offer delivery through its app. DoorDash powers the app and its fleet of drivers, often called Dashers, make the delivery.

DashPass, which launched in August, is a $9.99 subscription service that offers free delivery on orders of $15 or more. Reduced service fees still apply. Besides Chipotle, other participating DashPass chains include The Cheesecake Factory, California Pizza Kitchen, Wendy’s, Jack in the Box, Papa John’s, Panda Express and Popeyes Louisiana Kitchen. In its first six months, DashPass was adding more than 30,000 customers each week.

“We believe our partnership today is just scratching the service of what this can become,” he said.

DoorDash told NRN that merchants see a double-digit increase in digital sales on average when they sign on for DashPass. Chipotle is especially popular among DashPass users. Subscribers order Chipotle more than 50 times a month, said DoorDash, adding that burrito bowls are the most popular meals ordered through any delivery channel.

But is off-premise cannibalizing dine in visits?

Lieberman, who started a year ago at Chipotle, said offering customers multiple digital options to order is working to get “light and lapsed customers to come back” to Chipotle.

“It’s really working across the board,” she said.

“We believe Chipotle is firing on all cylinders with digital, delivery, menu innovation and stronger marketing all coming together to fuel the comp acceleration seen over the past several quarters,” Saleh said in a post earnings research note.

According to research firm Edison Trends, DoorDash recently edged ahead of its peers to take market share lead in the U.S. with 28% of market share, followed by 27% for Grubhub, 25% for Uber Eats and 12.1% for Postmates. The rest of the pie is divided by numerous small, and regional delivery players across the U.S., such as Caviar.

Today’s free guacamole and chips offer is valid on the DoorDash app with a minimum purchase of $10. The promo code is: CHIPSNGUAC. Free delivery on Cinco de Mayo is valid on orders of $10 or more. Limit one per person. Other fees including taxes and gratuity still apply.