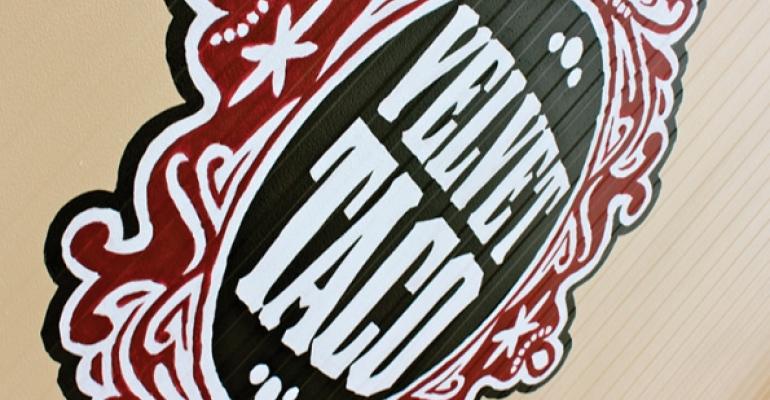 Velvet Taco opened in Dallas, in 2011, and has restaurants in Chicago, Houston and Fort Worth, Texas. The company plans to open a unit in Austin, Texas, in the fall, executives said.

Jon Owsley, managing partner of L Catterton's Growth Fund, said in a statement that, “with a distinctly broad appeal that takes the taco past Tex-Mex, Velvet Taco has developed a cult-like following across the country and is poised for significant growth in the coming years.

“We see a tremendous opportunity to capitalize on Velvet Taco's innovative, food-forward approach to fast-casual dining and expand its presence in new and existing markets,” Owsley said.

Randy DeWitt, CEO of Front Burner, said: "L Catterton has unparalleled experience building great brands in the fast-casual restaurant space and a deep understanding of consumer trends. They have a keen instinct for what the consumer wants, and I'm confident that L Catterton will be an incredibly valuable partner as Velvet Taco continues to grow and attract more converts to the taco revolution.”

Front Burner has initiated a search for a CEO to oversee Velvet taco, a role that DeWitt has filled. The companies said DeWitt and the Front Burner team will continue to be involved in Velvet Taco’s development.

Velvet Taco also sells “Back Door Chicken,” a $20 bundle of whole, rotisserie chicken with sides, which amplifies growing to-go sales at the front of the house.