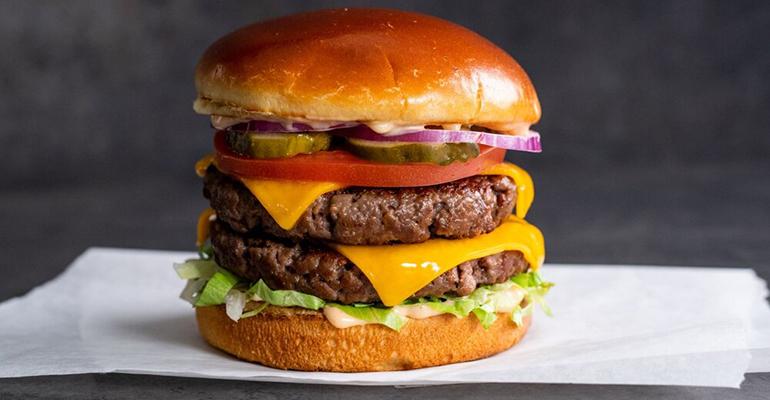 The new Stand-Up Burger outlet follows the debut earlier this year of Más Veggies Taqueria, a virtual brand that Veggie Grill offers for delivery from its own kitchens.

“We are very confident the world is ready for plant-based restaurants in different categories,” T.K. Pillan, co-founder Veggie Grill, which is based in Los Angeles, told Nation’s Restaurant News. 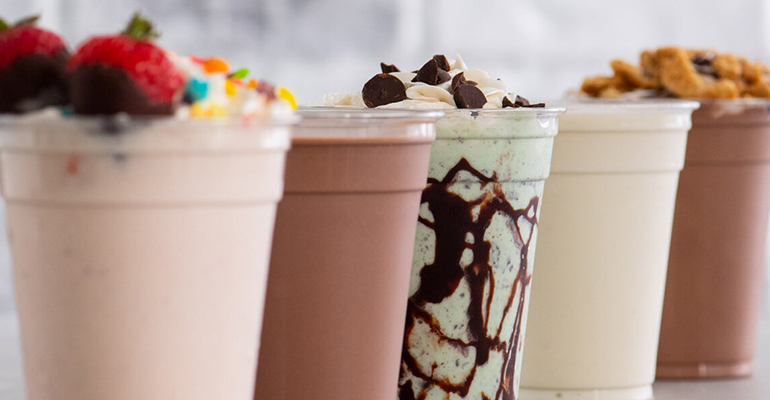 The menu includes variety of shakes and floats.

“It serves an audience that just wants to have a delicious, convenient meal,” he said. “It’s a little less focused on the health side of it, but at the same time it is all plant-based, so you can feel better about the impact on the environment, and you can feel good about not supporting any animal cruelty.”

Menu items include several varieties of burgers, such as The O.G., a grilled Impossible patty topped with Miyoko’s Creamery cheddar, lettuce, tomato, red onion, pickles and special sauce on a brioche bun, and The Tex-Mex, a grilled Impossible patty with spicy queso sauce, lettuce, guacamole, tomato, and ketchup on a brioche bun. Also available is a sandwich made with Chickin’ called the Freebird, a Falafel Wrap, a couple of salads, and several sides, including Save the Animals-Style Fries (below), topped with special sauce and grilled onions. 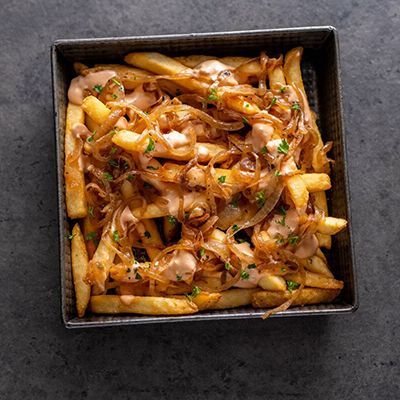 Photo: Save the Animals-Style Fries are topped with special sauce and grilled onions.

Prices for burgers and sandwiches range from $8.50 for the Falafel Wrap to $13.50 for the Stand-Up burger, which comes with two patties and double cheese, lettuce tomato, red onion and Pickles on a brioche bun.

While Veggie Grill features Beyond Burger patties for its burger options, Pillan said the company decided to feature patties from Impossible Foods at Stand-Up Burger.

“We love both products, and we think they work great in different menu items,” he said. “For the types of burgers we are creating at Stand-Up, our team determined Impossible burgers were a better fit.” 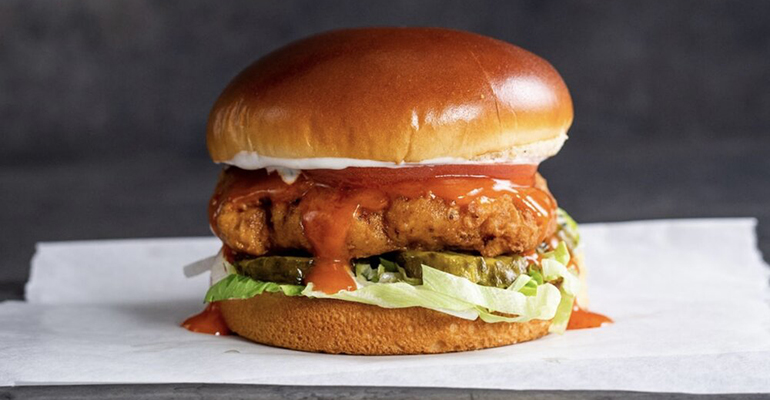 The Freebird is made with crispy Chickin’ and Buffalo sauce.

Both concepts use the same Chickin’ product in their menus, although the prep is slightly different, Pillan said.

Plans call for opening two more Stand-Up Burger outlets in Chicago later this year, and expanding the brand further in 2022. The company is also expanding Veggie Grill on colleges and universities through its previously announced partnership with Sodexho, and hopes to begin licensing the Más Veggies Taqueria concept next year as well, Pillan said.