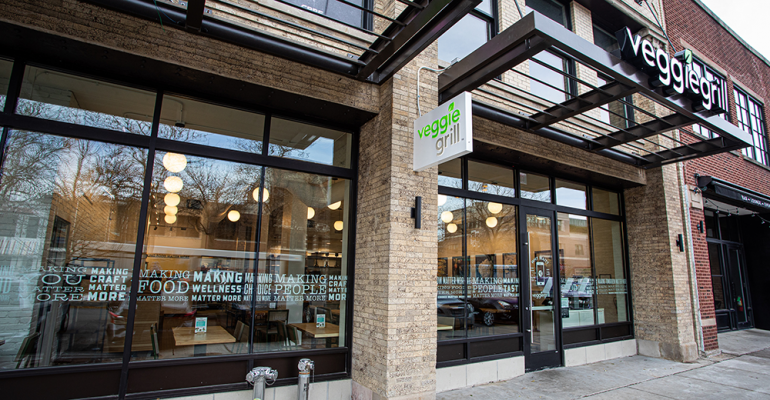 The restaurant is the Culver City, Calif.-based fast-casual brand’s fourth restaurant in Chicago and is located in the West Loop at 911 W. Randolph St.

The company said the design, largely in shades of white, is a new store prototype. It covers 2,500 square feet and has 58 seats.

“We look forward to expanding in the Chicago community with our new West Loop location, especially given the prominent culinary landscape we join on Randolph Street,” said Steve Heeley, Veggie Grill CEO, in a statement. “Our team is dedicated to supporting the growing mindful eating movement by inviting all to explore the plant-based movement through our delicious food.”

Related: Veggie Grill is poised to push into middle America

Veggie Grill’s menu is plant-based, featuring burgers, sandwiches, tacos, burritos, bowls, salads, desserts and a rotating selection of seasonal dishes. Veggie Grill was among the first multi-unit restaurants to offer the plant-based Beyond Meat products found in such menu items as the Beyond Crispy Tacos and the Beyond Patty Melt.

The Chicago West Loop restaurant marks the brand’s 36th location since opening in California in 2006. It offers catering, delivery, online ordering for pickup through the Veggie Grill Rewards app and in-store kiosk ordering.

The brand has restaurants in California, Illinois, Massachusetts, Oregon and Washington. It has plans to open in New York City this fall.