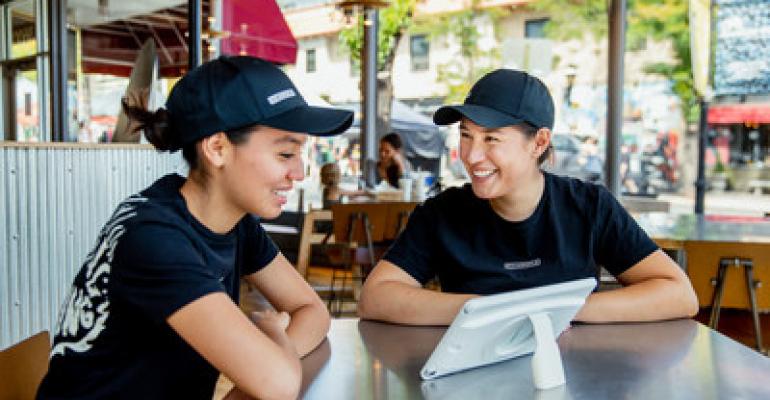 Turnover skyrocketed at Chipotle in 2021, despite investments in people

Sustainability report offers update on chain’s goals for workforce, food and reducing impact on the planet

Chipotle also achieved its goal of diverting 50% of waste from landfills by increasing the amount of trash that is recycled, composted or converted into energy. The chain is on track to reduce its greenhouse gas emissions from operations and electricity use by at least 5% by the end of 2022. And Chipotle purchased more than 40.7 million pounds of organic and transitional ingredients. That’s up from 28.1 million pounds purchased in 2020.

The report, which looks at the company’s goals for people, food and impact on the environment, also includes some targets for 2021 that were not achieved, in part because of supply chain challenges last year.

Chipotle had planned to have 100% of its chicken certified as humanely raised by a third party, for example. In 2021, the chain purchased 77 million pounds of chicken that was American Humane Certified of 189.7 million pounds purchased. The company blamed shipping and supply-chain challenges, but said the goal now is to 100% certified humane chicken by mid 2022.

“How we grow our food is how we grow our future; it’s both Food with Integrity as well as People with Integrity, and we transparently want to share the steps we’re taking to help us meet our aggressive goals,” said Marissa Andrada, Chipotle’s chief diverisity, inclusion and people officer, in a statement.

The company had also set a goal of piloting a supply chain food waste reduction project by the end of 2021, but that was “not achieved due to supply chain restraints from COVID-19,” the report said.

Chipotle also appears to be moving away from a unique program to recycle used plastic food-safety gloves into trash bags, a move piloted in 2019 that the chain was planning to expand to more restaurants. In 2021, Chipotle reduced the program to 16 restaurants and the company is exploring alternative solutions to glove waste.

Here are some other highlights from Chipotle’s sustainability report:

The vast majority of the company’s greenhouse gas emissions, however, are tied to the “scope 3” category, or primarily emissions from suppliers and purchased goods. The report notes the difficulty of tracking data on those emissions, saying it is working to improve the empirical nature of calculations and data management.